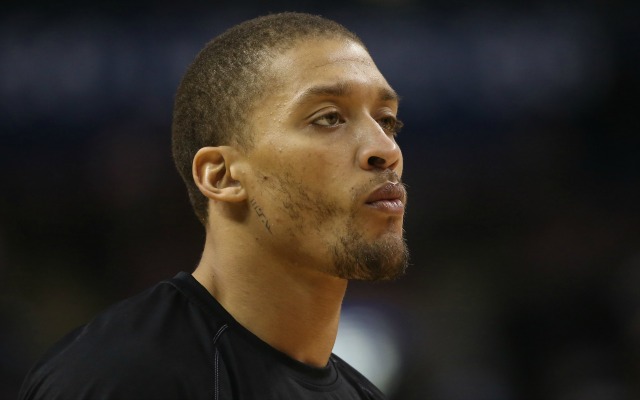 As the days have ticked by, more and more players have been signing with new teams. Read below as we highlight a few UNRESTRICTED free agents who are still surprisingly unsigned.

We begin with Michael Beasley, who averaged his best point and rebound totals in seven years. Beasley, shooting 50.7% from the floor, put up 13.2 points and 5.6 rebounds per game in 22.3 minutes per night. He became a reliable option for the Knicks early in the season, and as soon as Kristaps Porzingis went down, he showed capability of being a #1 scorer on some nights.

It seems his time in NY will end after a year, and he offers a lot to teams looking to sign him. He can bring instant offense off the bench, and be a very competent fill-in starter. Any night you need 10-15 points and about 20 minutes of action from a player, look no further than Beasley.

Up next we have Shabazz Napier, who has spent his first four NBA seasons in three different cities. After being drafted by the Heat in 2014, he was traded to Orlando, and was traded to Portland the following year. After playing sparingly in 2016-17, Portland relied on him to help with bench scoring a year ago. He averaged career-highs almost across the board, finishing with 8.7 ppg, 2.3 rpg, 2.0 apg, and 1.1 spg on 42% shooting in 20.7 minutes a night,

Napier can be a reliable second-unit point guard for teams looking to sign him. His jumper has been coming along nicely, and he has shown to have minimal injury history. Four days away from his 27th birthday, Napier has plenty left in the tank. Don’t expect him to be unsigned for too long.

Not far behind, we have Wayne Ellington. Ellington is coming off back-to-back of career-highs in both points, three-point attempts, and three-point makes. Now an unrestricted free agent, Miami would be silly to let him walk. He made 227 threes last year, after hitting 149 the year prior. He has bounced around over his NBA career, not able to find stability. Let’s see if Miami can offer him that.

No matter where he plays next year, Ellington’s shooting will help a team spread the floor. Hitting 200 threes, even in today’s NBA, is still a major accomplishment. He is one of the best shooter’s in the game and has tremendous accuracy. Get your checkbooks out, NBA GM’s!

Last on today’s slate, is a guy who has quickly fallen from grace over the past 12 months. After averaging just under 30 points per game in the 2016-17 season, earning an All-NBA birth and leading the Celtics to the ECF, he had hip surgery in the offseason and was traded to the Cavs for Kyrie Irving. Once he got on the court in Cleveland, he struggled to score. He suffered an injury in LA after being traded there, and that was that.

Isaiah Thomas, assuming he is healthy next year, has the potential to be as good as he was in his Boston prime, wherever he signs. Orlando seems to be the team leading the race for him, but we will see what ends up happening with him. He will provide great scoring wherever he goes.

Join us on Telegram to get even more free tips!
« Milwaukee Bucks get Big Man They Need
Mbah a Moute Heads back to Los Angeles »
SportingPedia covers the latest news and predictions in the sports industry. Here you can also find extensive guides for betting on Soccer, NFL, NBA, NHL, Tennis, Horses as well as reviews of the most trusted betting sites.
NBA Betting Tips, Predictions and Odds 1385