Jaguars Won’t be Sneaking Up on Anyone in 2018 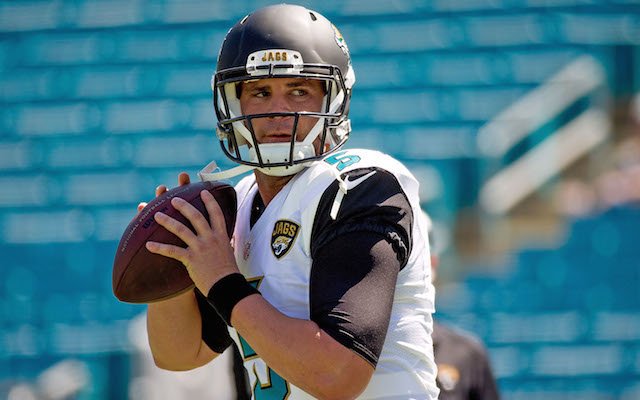 If you had Jacksonville winning this division and beating the Steelers in the playoffs last season, then you are a smarter person than I. This division will come down to quarterback play or more importantly, which quarterbacks play.

Jacksonville should repeat at the top of this division. They have one of the scariest defenses in the NFL that will keep them in almost every game. Fournette will run the ball at a high clip, but will Blake Bortles make enough plays to carry them to the divisional title? My answer is yes, just because I think the running game and the defense will not force him into the necessity of making too many plays. Bortles just needs to manage the game, hold on to the ball, and that will be enough for the Jaguars to squeeze out 10 wins to win the division.

Houston could challenge the Jaguars for AFC South supremacy if Deshaun Watson is healthy (and good). Watson looked to be the cream of the rookie quarterback class until he went down with the devastating injury. That being said, this will basically be his rookie season. If he can return healthy in Week 1 and continue to progress, this team could easily unseat Jacksonville at the top of the division. However, they have injury questions (Watson, Watt, Fuller) all across the board. To win the division, I think everything needs to go their way. A lot will go their way, but not enough to carry them to the division. I believe they will be around 9 wins with wildcard aspirations.

Tennessee needs to return to the playoffs this season. This is a make-or-break year for Marcus Mariota under new head coach Mike Vrabel. They were able to sneak into the playoffs last year before Tom Brady completely exposed their defense. Although many of the defensive holes were plugged in the offseason, I just don’t see another playoff appearance for the Titans. I do not believe the Titans got much better or much worse from last year, but the competition for a wildcard birth should be improved. They do not have the defense to “out-ugly” teams like Jacksonville nor do they have the lateral offense to carry them in a shootout like Houston may. Tennessee wins 7-8 games for 3rd in the division.

My prediction of the Colts is based on one simple fact: Andrew Luck has not thrown a football in almost two years. Even if he plays, what is he at this point? The Colts certainly do not have an abundance of talent outside of the quarterback position to make up for any regression from the Andrew Luck we used to know. Certainly, Andrew Luck could come back and play at an MVP level and lead the Colts to the playoffs, but the odds are against it. I expect to see Luck return and be a shell of his old self. That being said, the Colts will win around 5 games and leave some interesting questions for the future direction of the franchise.

This division as a whole intrigues me because there are many “ifs” that could change the landscape of the entire division. Houston is a team to watch. Would it really surprise anyone to see them win 5 games next year? Would it really surprise anyone if they won 12 games next year? Jacksonville will not sneak up on anyone next year, let’s see how they play with a target on their back.

Join us on Telegram to get even more free tips!
« Tom Brady Still Owns AFC East
Phillip Rivers Entering Most Important Season of His Career »
SportingPedia covers the latest news and predictions in the sports industry. Here you can also find extensive guides for betting on Soccer, NFL, NBA, NHL, Tennis, Horses as well as reviews of the most trusted betting sites.
NFL Betting Tips, Predictions and Odds 332