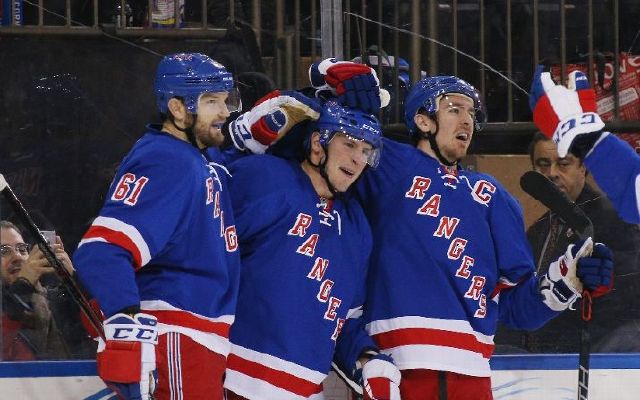 If you look at the list of available free agents, it looks like a list of players who are retiring. Most free agents are veteran role players looking to contribute on a 3rd or 4th line somewhere. The exception to this is Rick Nash. This veteran has 805 pro points to his name. His latest season saw him play 71 games and score 34 points, with his time split between the Rangers and the Bruins, with the former trading him to the latter. There have been multiple teams rumored to have interest in him, and have even made him offers. Here are some possible scenarios:

The Bruins clearly need depth at forward, and are still looking to contend. Nash has had a chance, after the trade last season, to work with the Bruins’ coaching and training staff for a while now. This familiarity could draw the aging forward to stay in Boston. Retirement rumors aside, the questions for Boston should be: How likely is Nash to stay healthy after his most recent concussion, and how much money is it worth to find out?

During the draft, Bruins GM Don Sweeney insinuated that the team was looking into other options, but wouldn’t rule out bringing him back. For the right price, Boston could take a chance at another season from the consistent contributor Nash has been throughout his career.

A One Year Deal with New Jersey

The Devils have been fairly quiet this off-season, essentially keeping the same roster. They certainly don’t need a “plug and play star”, as their team leader is clearly Taylor Hall (Last season’s MVP). However, a consistent veteran presence out of the second or third line could be helpful for the young team. It’s hard to predict how much New Jersey would be willing to spend on a guy like Nash, but their lack of moves so far could mean that they have been waiting for the right match to come along. That name could be Rick Nash.

A One Year Deal with Columbus

As stated above, familiarity can be key for signing veteran free agents. Obviously, Nash used to star for Columbus from 2002-2012, recording 7 seasons with 40 or more goals. Columbus has always lately seemed one piece away from seriously contending. Again, if the financial situation can be cleared up, Columbus might be willing to see if Nash is that piece to put them over the top. With rumors floating that Nash would prefer Columbus, he may be willing to take a little less money to keep his career going for at least another season.

No hockey fan would fault Nash for leaving the league altogether. He has impressive career numbers that show his legacy will be one of a consistent star. Especially with his recent concussion, this may be the best option for his physical health. However, competitors want to compete, and I wouldn’t be surprised at all if, given the right situation, Nash decides to give it a go for at least another season.

Join us on Telegram to get even more free tips!
« NHL Free Agency: St. Louis Making the Big Splash
John Tavares Signing News and Notes »
SportingPedia covers the latest news and predictions in the sports industry. Here you can also find extensive guides for betting on Soccer, NFL, NBA, NHL, Tennis, Horses as well as reviews of the most trusted betting sites.
NHL Betting Tips, Predictions and Odds 798