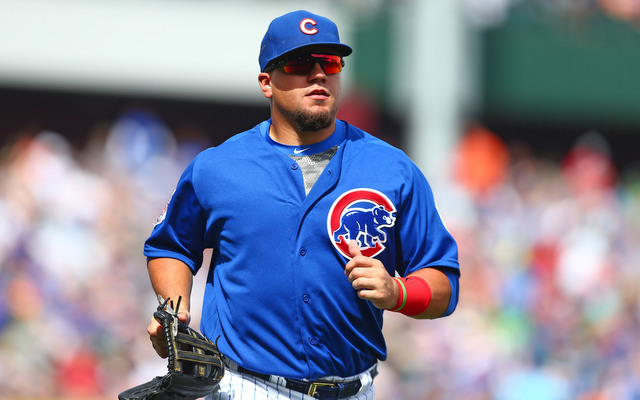 Milwaukee Brewers slugger, Jesus Aguilar, was announced as the top overall seed for Monday’s night competition. Aguilar has had a breakout season and leads the National League with 23 home runs. On Wednesday night, Aguilar was also named the winner of the 2018 Final Vote. Aguilar is the first Brewers player to participate in the derby since both Prince Fielder and Rickie Weeks did so in 2011.

Philadelphia Phillies star, Rhys Hoskins, earned the eight seed and will take on Aguilar in the first round on Monday night. Hoskins burst onto the scene last August and appears to be headed for stardom. Hoskins has hit just 14 home runs in 2018 but has plenty of power that should help him in this event.

Hometown hero, Bryce Harper, will represent the Washington Nationals in Monday night’s derby. Harper has hit 22 home runs so far in 2018, which earned him the number 2 seed in this event. Bryce Harper lost in the final round of the Home Run Derby in 2013 but vowed to compete in his home ballpark.

Harper will be taking on a National League East rival in the first round. Atlanta Braves star, Freddie Freeman, agreed to participate in the Derby and was given the 7 seed. Freeman is known for being a great contact hitter but has belted 16 home runs so far to lead the surprising Atlanta Braves.

The third seed will be Dodgers’ slugger, Max Muncy. Muncy has quickly earned the recognition as one of baseball’s best sluggers and has belted 21 home runs for Los Angeles in 2018. Muncy was a part of the Final Vote contest but lost out to Aguilar.

Javier Baez will be one of two Chicago Cubs participating in the T-Mobile Home Run Derby. Baez will take on Muncy as the 6th seed. The Cubs second baseman has hit 17 home runs in 2018 and has quickly grown into one of baseball’s brightest stars.

Houston Astros slugger, Alex Bregman, will be the lone American League representative in this year’s derby. Bregman has hit 19 homers this season, with 18 of them coming since May 6th. Bregman will be the first Houston player to participate in the Home Run Derby since Lance Berkman (2008).

Kyle Schwarber will be the second Chicago Cub participating in the event. Schwarber is having a bounce-back season for the Cubs, and has belted 17 homers to earn him the 5 seed for this event. Schwarber has tremendous raw power, and belted a homer with a 117.1 exit velocity earlier this year.

Join us on Telegram to get even more free tips!
« Tampa Bay Rays Unveil New Stadium Plan
Dustin Pedroia Unsure of Return »
SportingPedia covers the latest news and predictions in the sports industry. Here you can also find extensive guides for betting on Soccer, NFL, NBA, NHL, Tennis, Horses as well as reviews of the most trusted betting sites.
MLB Betting Tips, Predictions and Odds 241