NFC East: Back to Back Super Bowl Champions? 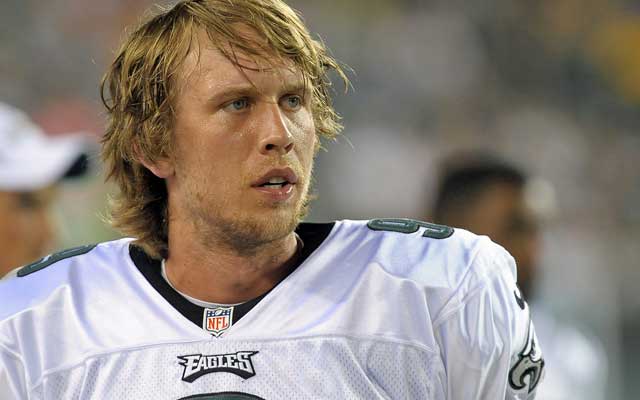 The Eagles, coming off of a Super Bowl victory, are projected at the top of the NFC East for obvious reasons. They will be returning their MVP-caliber quarterback, Carson Wentz, but with obvious questions about his health. Even if Wentz is not healthy for Week 1, they still have everyone’s favorite backup, Nick Foles, ready to lead the offense. They did not lose too many players in free agency that they did not immediately make up for with a symmetrical signing. Philadelphia’s schedule is pretty brutal, especially early on, but if they can get out of that stretch relatively unscathed and uninjured, they should put the season on cruise control and take the division. I would expect a 12 win season out of this group and some home playoff games.

Dallas will finish second in this division, but just barely. I am not as high on this team as many other pundits are. Gone are Dez Bryant and Jason Witten and into the spotlight steps, Terrance Williams and Cole Beasley? However, if a team were going to rely on their running game, this is the team to do it. Prescott will just have to do enough with his arm and depleted receiving corps to keep teams honest at the line of scrimmage. Lastly, I believe it is playoffs or the garbage heap for Jason Garrett. He has to get to the promised land or he is gone. Dallas will finish with 8-9 wins and miss the playoffs. Goodbye, ole red.

Alex Smith is now at the head of the offense in Washington after coming off his best season in Kansas City. However, Washington’s offense lacks the coaching ingenuity and playmakers that he had in Kansas City. Smith will be a steady, competent game manager at the age of 34, but he just does not have the talent to make his 5 yard swing passes go for 40 yards like he did previously. Washington’s defense is absolutely non-existent against the run, which does not bode well in a division with Ajayi, Elliott and Barkley. Because of this, the Redskins will be playing catch-up in quite a bit of their games, but they just do not have the offensive firepower to overcome their defensive liabilities. Washington wins 7 games, nothing to see here.

The Giants are coming off of one of the most embarrassing seasons in recent team history. The fate of their 2018 campaign will rest on the shoulders of the offensive trio of Manning, Barkley, and Beckham. Sure, Beckham wants to be paid like the best receiver ever, well OBJ, go play like the best WR ever. Will New York finally have a running game? The inability to establish anything on the ground last season amplified the struggles of Eli Manning. Manning will have to be good, if not great, this season to stay out of the NFC East cellar. I do think the Giants will be improved (how could you not be), but another season of mediocre-to-poor football may have the front office looking at a quarterback (Ryan Finley/Drew Lock, I am looking at you) to pair with Barkley for the future. The New York Football Giants win 6 games.

Join us on Telegram to get even more free tips!
« Saints
Rams Are Team to Beat in NFC West in 2018 »
SportingPedia covers the latest news and predictions in the sports industry. Here you can also find extensive guides for betting on Soccer, NFL, NBA, NHL, Tennis, Horses as well as reviews of the most trusted betting sites.
NFL Betting Tips, Predictions and Odds 332