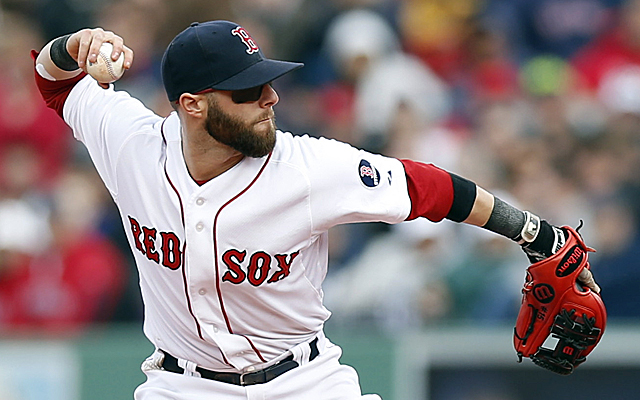 Dustin Pedroia, the Boston Red Sox second baseman, spoke on Wednesday about the status of his injury. Pedroia, who has been on the disabled list since June 2, expressed some doubts that he would be able to return to the team this season. Pedroia returned to the team on May 26, but it was a brief stay before eventually landing back on the disabled list.

The longtime Red Sox star had offseason knee surgery that was going to require him to miss a large chunk of 2018, but Pedroia felt comfortable to play at the end of May. The experiment didn’t go so well, and now Pedroia knows that rest is the best thing for his surgically repaired knee. Pedroia is a leader in the Boston clubhouse, and was clearly frustrated that he hasn’t been there for his teammates much this season.

Pedroia is now headed out to Arizona to continue the rehabilitation process on his knee. This move will allow him the opportunity to solely focus on rehab, and not worry about the day to day life of being a Major League Baseball player. This will also allow the Red Sox team doctors and athletic trainers the opportunity to focus on keeping the 25 men on the active roster healthy and ready to play each day.

Red Sox Manager, Alex Cora, told the media that he fully expects Pedroia to return to the field before the end of 2018. The team doctors and surgeon want Pedroia to take a full 4-5 weeks off, before trying to re-evaluate the situation and coming up with a new plan. Pedroia, has been adamant to members of the media that this injury is now career ending, and he will come back better than ever.

Dustin Pedroia has played his entire career in the Boston Red Sox organization, and is signed with the team through 2021. The scrappy second baseman broke into the Major Leagues in 2006, and was named Rookie of the Year in 2007 as a member of the Red Sox. Pedroia followed up his Rookie of the Year campaign, by winning the American League Most Valuable Player Award in 2008. Pedroia has been a part of two World Series Championship teams during his tenure in Boston and is beloved by the Red Sox faithful.

Despite the absence of Pedroia, the Boston Red Sox have been the best team in the Major Leagues this season. Boston heads into the weekend with a 65-29 record, and has a 3.5 game lead over the hated New York Yankees. The Red Sox have outscored opponents by 160 total runs in 2018, which trails only the Houston Astros for the best run differential in baseball.

Veterans, Eduardo Nunez and Brock Holt, have split time at second base for the Red Sox in Pedroia’s absence. Neither player is having a great season, but are both contributing enough that the Boston management won’t be looking to trade for a middle infielder. The team will continue to hope that Pedroia will return in 2018, but they have plenty of firepower in their lineup if he is unable to.

Join us on Telegram to get even more free tips!
« 2018 Home Run Derby Contestants Revealed
Chase Utley Announces Retirement Plans »
SportingPedia covers the latest news and predictions in the sports industry. Here you can also find extensive guides for betting on Soccer, NFL, NBA, NHL, Tennis, Horses as well as reviews of the most trusted betting sites.
MLB Betting Tips, Predictions and Odds 241