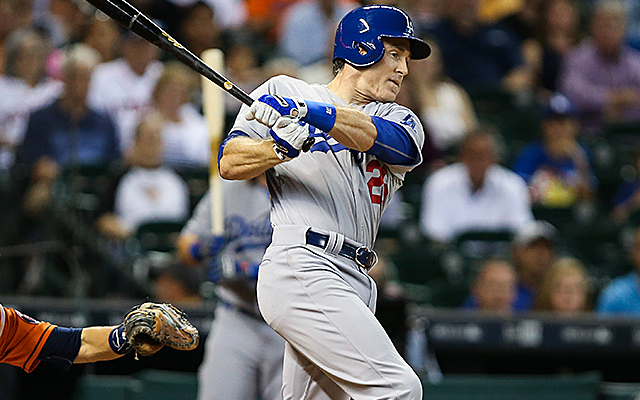 Chase Utley, and the Los Angeles Dodgers are holding a press conference Friday afternoon. During the press conference, Chase Utley will be announcing his plans to retire from Major League Baseball at the end of the season. Utley will continue to play for the Dodgers this season, but will not return in 2019, for what would be the second and final year of his 2 million dollar contract.

Chase Utley is currently playing in his 16th season in the Major Leagues, with the bulk of those years coming with the Philadelphia Phillies. Utley was particularly dominant between 2006-2010 with the Phillies. Utley won four Silver Slugger Awards during that time and was also named to the National League All-Star Team five times. Utley was one of the driving forces behind the 2008 Philadelphia Phillies World Series championship team.

The Los Angeles Dodgers acquired Utley from the Philadelphia Phillies in August of 2015. The Dodgers were looking for veteran leadership for another playoff run, and the Phillies were trying to get rid of Utley’s contract. The Dodgers sent minor leaguers Darnell Sweeney and John Richy to the Phillies to complete the deal.

The emergence of Max Muncy has changed the way the Dodgers view Utley’s need with the team. Utley’s role with the Dodgers has been reduced to a bench role, with some pinch-hitting duties this season. Utley has appeared in just 57 games this season and is hitting .231 with one home run and 14 runs batted in.

Utley has had a remarkable career and was arguably the best second baseman in baseball for most of his playing career. He is also known as one of the best clubhouse leaders in all of baseball. The 39-year-old has hit 259 career home runs to go along with a .276 career batting average. Utley has been hit by 201 pitches in his Major League career, which ranks 7th all-time in big league history. He has been credited for 153 stolen bases in just 175 attempts throughout his 16 seasons.

The former UCLA product is the third former Philadelphia Phillies player that recently announced his retirement. Both Shane Victorino and Jayson Werth both announced that they were retiring from Major League Baseball, effective immediately. The Los Angeles Dodgers are set to play a series in Philadelphia shortly after the All-Star Break ends. The Phillies faithful will no doubt show love and appreciation for one of the best players in their team’s history. Utley hopes to get the chance to win one more World Series Championship before calling it quits. The Los Angeles Dodgers are currently in first place in the NL West.

Join us on Telegram to get even more free tips!
« Dustin Pedroia Unsure of Return
MLB All »
SportingPedia covers the latest news and predictions in the sports industry. Here you can also find extensive guides for betting on Soccer, NFL, NBA, NHL, Tennis, Horses as well as reviews of the most trusted betting sites.
MLB Betting Tips, Predictions and Odds 241