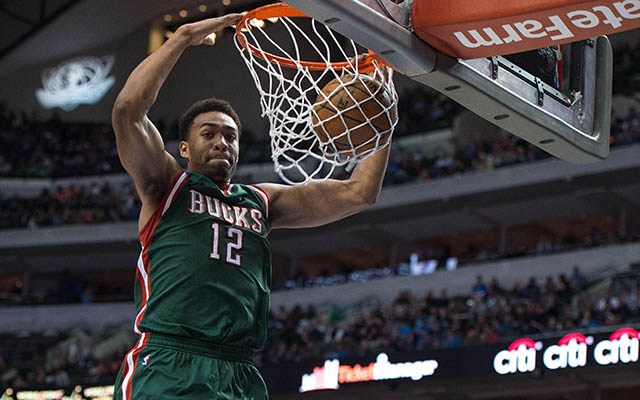 He’s coming home! Born and raised in Chicago, where he spent the first eighteen years of his life, Jabari Parker is likely to sign an offer sheet with the Bulls, bringing him back. Read below as we go over his potential fit.

Since being drafted #2 overall by the Bucks in 2014, nothing has come easy for Jabari Parker. Whenever he starts to find his footing, he is getting injured and missing extended time. He tore his ACL in December of his rookie season, just when he had started to come along and learn how to be efficient in the NBA.

He came back healthy the following season, playing 76 games, averaging 14 pts, 5 rbs, and 2 asts per game. The following year, he started to look like a star with Giannis out there as Khris Middleton was trying to work his way back. He was becoming a knockdown shooter and raised his averages to 20 pts, 6 rbs, and 3 asts per game. He tore his ACL for a second time, however, in the very first game that Middleton played in that season. He was set to return in 2017-18.

When he did come back this year, he showed a few flashes, but his numbers dropped to around 13 points and 5 rebounds per game. When the playoffs came around, he was not providing the bench punch that the Bucks were hoping for. There were constant rumors that he wanted the max, but Milwaukee probably wouldn’t give it to him. Now, here are the Bulls, his hometown team, preparing to offer him a 2-year deal in the $40 million range.

Assuming that Jabari takes this deal, and Milwaukee declines to match the offer sheet, he would be a fantastic fit there. Chicago is set at four positions in their starting lineup, with a Dunn-LaVine back-court, and a big man pairing of Markkanen-Lopez (until Carter is ready). Small forward is there for the taking as Justin Holiday and Denzel Valentine would both work better as reserves, coming in to give them offense.

Putting Jabari in with those other guys would give the Bulls a fantastic lineup, and one that was already playoff bound. With how well Dunn and Markkanen played when healthy a year ago, there is no doubt this team will win 40+ ballgames. Jabari’s ability to create his own shot will be a nice complement to Zach LaVine, who has been working on improving his isolation play. Markkanen is one of the best stretch fours in the game already. Once Wendell Carter gets into the lineup, they will be flawless.

It was a no-brainer for Parker to strongly consider this deal, as he is trying to show the world he’s still a great player, what better place to do it than his hometown? In need of a possible alpha scorer, Chicago has struck some gold here. They have the money to spend, and so it won’t put them in salary peril either.

Watch out for the Bulls, Jabari is COMING!

Join us on Telegram to get even more free tips!
« Isaiah Thomas Lands New Home in Denver
Channing Frye Back with the Cleveland Cavaliers »
SportingPedia covers the latest news and predictions in the sports industry. Here you can also find extensive guides for betting on Soccer, NFL, NBA, NHL, Tennis, Horses as well as reviews of the most trusted betting sites.
NBA Betting Tips, Predictions and Odds 1379