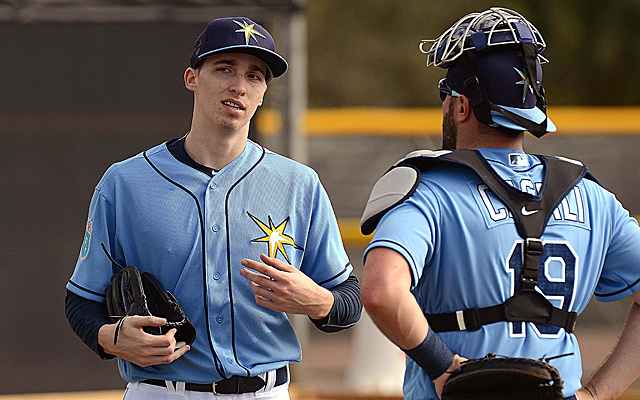 Chicago Cubs’ ace, Jon Lester, will not be eligible to pitch in the All-Star game after starting for the Cubs on Sunday afternoon in San Diego. Lester is having a terrific season for the Cubs, and is 11-2 with a sparkling 2.45 earned run average heading into his Sunday start. Arizona Diamondbacks’ pitcher, Zack Greinke, will replace Lester on the National League roster. The 2009 Cy Young Award winner is having a solid season for Arizona, posting an 9-5 record with a 3.39 ERA.

Breakout star, Miles Mikolas of the St. Louis Cardinals, also had to be replaced on the National League roster after being scheduled to start on Sunday. Mikolas is having a dominant first full season in the big leagues, and takes his 10-3 record into Sunday’s start. Los Angeles Dodger starter, Ross Stripling, will take Mikolas’ place on the NL roster. Stripling is having the best year of his career, and has kept the Dodgers in the playoff race.

Washington Nationals reliever, Sean Doolittle, will also miss the game in his home ballpark after getting injured this week. Brewers’ reliever, Jeremy Jeffress was added to the All-Star roster to take Doolittle’s place. With the addition of Jeffress, the Brewers now have five All-Stars for the first time in team history.

The American League pitching roster also had to be updated due to some pitchers being inactive for the game. Two of the top pitchers in the American League, Corey Kluber and Justin Verlander, will miss the All-Star game after starting this weekend for their respective ball clubs. Kluber was replaced on the roster by Tampa Bay Rays pitcher, Blake Snell. Snell was considered to be one of the biggest snubs when the team was announced, but is finally an All-Star. Major League Baseball has not yet announced a replacement for Verlander on the All-Star game roster.

Flame throwing Aroldis Chapman is also going to miss the 89th All-Star Game on Tuesday. Chapman is choosing to skip the All-Star game to give his knee tendonitis some time to heal. Houston Astros’ starter, Charlie Morton, was added to the American League team as a replacement.

There is just one lone All-Star replacement of position players in each league for the game. Yankees rookie, Gleyber Torres, was voted in by the players, but is currently on the disabled list. Oakland Athletics second baseman, Jed Lowrie will take his place in the game. Perennial All-Star, Buster Posey, is also choosing to sit out the game to get extra rest. Posey will be replaced by fellow catcher, Yadier Molina on the National League roster.

Join us on Telegram to get even more free tips!
« Chase Utley Announces Retirement Plans
Cardinals Fire Manager Mike Matheny »
SportingPedia covers the latest news and predictions in the sports industry. Here you can also find extensive guides for betting on Soccer, NFL, NBA, NHL, Tennis, Horses as well as reviews of the most trusted betting sites.
MLB Betting Tips, Predictions and Odds 241