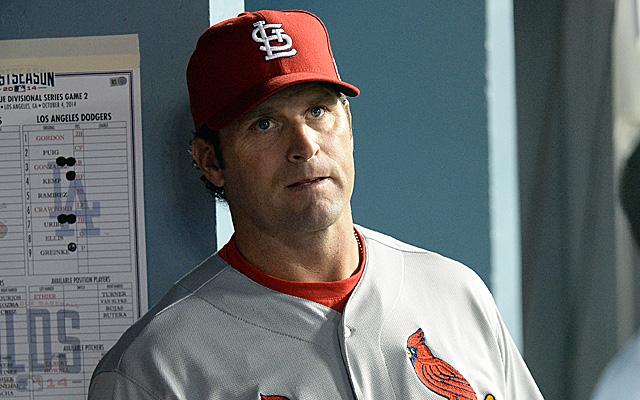 The Mike Matheny tenure in St. Louis started off very successfully, but things seemed to fall apart for Matheny and the Cardinals this season. Matheny became the St. Louis Cardinals manager following the 2011 season, when Tony LaRussa decided to step down as manager. Matheny went 591-474 during his Cardinals managerial career, and led the team to the playoffs in his first four seasons at the helm. St. Louis reached the World Series under Matheny in 2013, but lost to the Boston Red Sox.

This is the first time that the Cardinals have changed managers mid season since 1995. During that season, Joe Torre was fired and replaced by Mike Jorgensen. The Cardinals are currently 47-46, making Matheny the first manager of a winning team to get fired during the season since the Brewers dismissed Ned Yost in 2008.

Matheny led the Cardinals to the best record in the Major Leagues in 2015, when the team won 100 games. Things have gone downhill since that season, and the Cardinals winning percentage has decreased every year since 2015. The Cardinals are in danger of missing the playoffs for the third straight season, something that hasn’t happened since 1997-99. With the loss on Saturday night, the Cardinals trail their rival, Chicago Cubs by 7.5 games in the National League Central.

The Cardinals are hoping that the firing of Matheny will light a fire under the team, who has vastly underachieved all season long. Free agent acquisition, Marcell Ozuna, is hitting just .268 with 10 home runs this season. Veterans, Tommy Pham and Dexter Fowler, have also played poorly for the Cardinals in 2018. Matheny has also had to piece together a roster that has been devastated by injuries this season.

A lot has been written about the state of the Cardinals in recent weeks, which likely led to the dismissal of Matheny. The Athletic reported that Matheny and Dexter Fowler haven’t communicated in months, and Matheny has been limiting Fowler’s playing time of late. Just this week, the Athletic also reported that Matheny encourages veteran, Bud Norris, to discipline flamethrowing rookie, Jordan Hicks. Chairman Bill Dewitt, Jr. was getting fed up with these reports and ultimately decided it was time for the Cardinals to move in a different direction.

The Cardinals have named bench coach Mike Schildt as interim manager. St. Louis will likely wait until after the season to name a permanent manager for next season. The Cardinals will be hiring just their third manager since 1996, which is tied for the fewest in baseball over that span. The Cardinals will wrap up the first half of their season on Sunday against the Cincinnati Reds.

Join us on Telegram to get even more free tips!
« MLB All
MLB All »
SportingPedia covers the latest news and predictions in the sports industry. Here you can also find extensive guides for betting on Soccer, NFL, NBA, NHL, Tennis, Horses as well as reviews of the most trusted betting sites.
MLB Betting Tips, Predictions and Odds 241