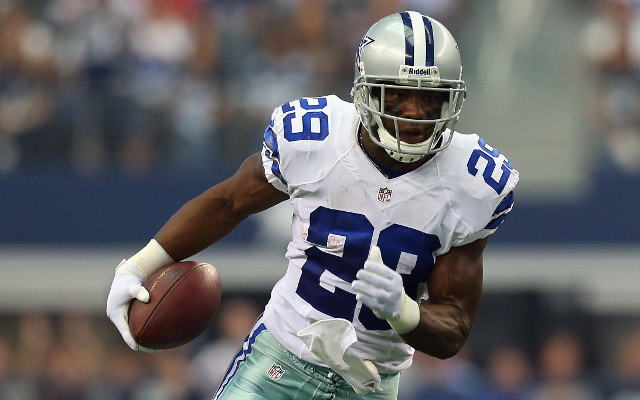 The National Football League will start it’s preseason games in less than a month, but a long time running back will not be part of the 2018 season. DeMarco Murray, who spent 7 seasons in the league has announced his retirement from the game. The running back was quoted as saying “It’s been a long time thinking, the last year or two and physically, mentally and emotionally, I think it’s time for me to hang it up”.

The 30-year-old spent the last two seasons with the Tennessee Titans, after coming over from the Philadelphia Eagles. Before that – the running back played for the Dallas Cowboys. The 30-year-old was cut in early March by the team, despite leading the team in rushing the past two seasons. Murray rushed for 659 yards on the season in 2017. Much of his issue was because of injury, and loss of speed in the backfield. It was the first time since 2012 that he finished a season in the NFL under 1,000 yards rushing.

Before the cut in March, Murray had two years remaining on his contract. Murray was slated to make $6.5M this season and nearly $7M in 2019.

In 2014 – DeMarco Murray was named the Offensive Player of the Year in the National Football League. He rushed for nearly 1,850 yards and got into the end zone 13 times for the Cowboys. To finish his career, Murray rushed for more than 7,100 yards, 49 touchdowns, and finished with over 300 receptions and an additional 2,165 yards, with 6 touchdowns.

Murray came into the league after playing his college football at Oklahoma. Of course, he was a stud running back for the Sooners. Then, in 2011 he was drafted in the third round, 71st overall by the Dallas Cowboys. Murray spent 4 seasons, playing in 53 games for the Cowboys. His career with the Eagles is just 16 games, while he was able to play in 31 of the Titans 32 regular season games.

The Tennessee Titans are a team with plenty of question marks when they open up their season September 9th on the road at the Miami Dolphins. The Titans depth chart now will feature Derrick Henry at the top, and be followed up by Dion Lewis and David Fluellen. The Titans are going to rely a bunch on their quarterback Marcus Mariota in 2018, with Corey Davis, Rishard Matthews and Taywan Taylor as their top receivers. The Titans also have the steady and reliable Delanie Walker as their tight end.

The Titans finished 9-7 a season ago and reached the postseason. Many are wondering what will happen in the AFC South this season with the returns of both DeShaun Watson and Andrew Luck. Tennessee drafted linebackers to start the 2018 draft with Rashaan Evans from Alabama at #22 overall, and then Harold Landry from Boston College in the second round. Tennessee plays their first divisional game on September 16th as they are at home against the Houston Texans.

Join us on Telegram to get even more free tips!
« Minnesota and Green Bay Class of NFC North
No Deal for Bell »
SportingPedia covers the latest news and predictions in the sports industry. Here you can also find extensive guides for betting on Soccer, NFL, NBA, NHL, Tennis, Horses as well as reviews of the most trusted betting sites.
NFL Betting Tips, Predictions and Odds 332