Channing Frye Back with the Cleveland Cavaliers 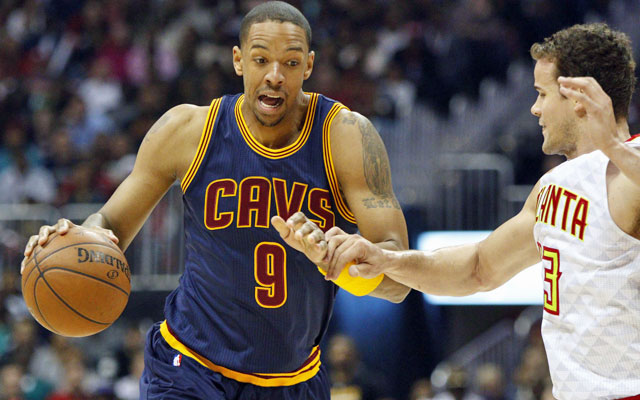 HE’S BACK! After spending parts of three seasons with the Cavs from 2015-17, Frye has re-signed with Cleveland on a 1-year, $2.4 million deal. After playing in nine games with the Lakers, he has opted to become a Cavalier again! Read below for more.

He has never been an exceptional player, but a solid one. After two decent years in NY to start his career, Frye was traded to Portland. His play declined a bit, though he remained part of their rotation through and through. From there he went to the Suns and was told by Steve Nash to work on his 3-point game. He had only made 20 in his career before starting his career in Phoenix.

This move paid off for Frye, who hit 172 threes in his first year with the Suns, and 171 in the year that followed. After his 3rd year in PHX, he had to undergo open heart surgery and would be out indefinitely. Luckily for Frye, the operation was a successful one, and he returned to the court in 2013-14. He played very well and also hit 160 threes in that season.

His strong play there merited him signing a 4-year, $32 million deal to join the Orlando Magic. He would be primarily a power forward and sometimes a center, mostly used as a starter. Though he was still making his threes, the impact he was making in the box score was very minimal. Orlando did not do a great job with this signing, nor did Frye fit well within their system. He was dealt to the Cavaliers at the trade deadline in 2015-16, where his sharpshooting helped the Cavs to win their first ever NBA title.

Cleveland sent him along with Isaiah Thomas to the Lakers a year ago for Jordan Clarkson and Larry Nance Jr. Injuries limited him to nine games, and he’s already back. The 35-year-old still has a lot to show for, and he could have an excellent fit on Cleveland’s second unit. Assuming they move Kevin Love back to power forward and have Tristan Thompson at center, Channing could be a nice fit next to Nance on the second unit. Nance could play more inside at the four spot, while Frye is roaming the perimeter and taking opposing big men away from the basket.

Though LeBron is obviously gone and the Cavs reshaped much of their roster at the deadline, a number of players remain from pre-deadline Cleveland that Channing Frye will be reuniting with. A lot of the 2nd unit minutes at the PF/C spot that were occupied by Jeff Green (who signed with Washington) could very well end up as Frye’s.

The Cavs really could have used a catch and shoot guy like Frye to bang home threes in the finals, and it’s too bad they didn’t have him at that time. His skillset is perfect for today’s NBA and a great fit in most systems. He’s ready to get back to work with the Cavs, and we’re eager to watch him.

Join us on Telegram to get even more free tips!
« Jabari Parker Heading Back Home to Chicago
Wizards Making Quiet Run at Being Team to Beat in the Eastern Conference »
SportingPedia covers the latest news and predictions in the sports industry. Here you can also find extensive guides for betting on Soccer, NFL, NBA, NHL, Tennis, Horses as well as reviews of the most trusted betting sites.
NBA Betting Tips, Predictions and Odds 1369