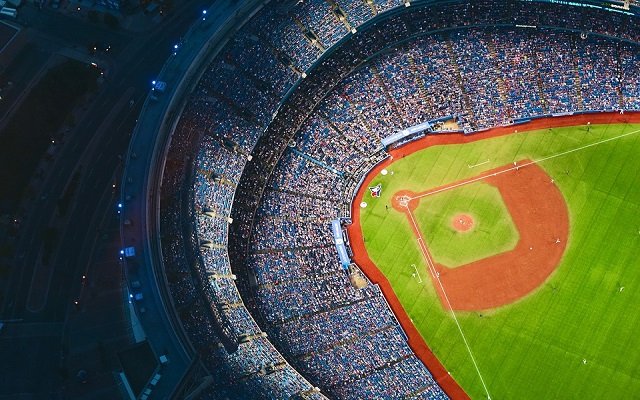 Milwaukee Brewers All-Star reliever, Josh Hader, is being forced to answer for a series of old tweets that he posted during 2011 and 2012. The tweets were filled with racist and offensive comments, and Hader admitted to posting them when he was 17 and still attending High School. The series of tweets came to light as Hader was pitching in the 2018 Major League Baseball All-Star Game. A Major League Baseball official alerted Hader about the tweets after he was removed from the game.

After the game, Hader spent time addressing his past comments, and took full responsibility for them, while also expressing sincere remorse. Brewers teammates, Lorenzo Cain and Jesus Aguilar, both spent time defending Hader’s character and expressing what a great teammate and person he is now. The Brewers also issued a statement saying, “His comments are inexcusable, and he is taking full responsibility for the consequences of his actions. In no way do these sentiments reflect the views of the Brewers organization or our community.” Major League Baseball has announced that Josh Hader will participate in sensitivity training as well as diversity and inclusion initiatives.

Josh Hader was originally drafted by the Baltimore Orioles in the 2012 Major League Baseball Draft. The Astros traded for the teenager in 2013, and Hader began to rise up the prospect ranks. Hader was traded to the Milwaukee Brewers a few weeks before the trade deadline in 2015, and has now emerged as one of the best relief pitchers in Major League Baseball.

The lefthanded flame thrower is having a breakout season for the Milwaukee Brewers this season. Hader has appeared in 31 games for the Brewers and is 2-0 to go along with 7 saves. Hader has a miniscule earned run average of 1.50 in 48 innings pitched. In those 48 innings, Hader has recorded 89 strikeouts, which is the most strikeouts by any relief pitcher this season.

Hader was one of five Milwaukee Brewers named to the National League All-Star team. Hader was joined by outfielders, Christian Yelich and Lorenzo Cain, first baseman, Jesus Aguilar, and fellow reliever, Jeremy Jeffress. The Brewers led the National League Central for much of the season, but a six game losing streak to end the first half knocked them into second place, just 2.5 games behind the Chicago Cubs.

Hader entered the All-Star Game as a relief pitcher for the National League in the eighth inning. The game was tied at 2-2, after Rockies shortstop Trevor Story hit a solo home run in the bottom of the 7th inning. Hader had a rough first appearance in the All-Star Game, giving up 3 runs on 4 hits in one inning of work. The big blow came when Mariners shortstop, Jean Segura, connected on a tie-breaking three run homer off of Hader, giving the AL a 5-2 lead.

Hader will try to help lead the Milwaukee Brewers to the playoffs this season. Major League Baseball is not expected to issue a suspension to Hader in wake of the tweets.

Join us on Telegram to get even more free tips!
« Harper Wins 2018 T
Machado Traded to Los Angeles Dodgers »
SportingPedia covers the latest news and predictions in the sports industry. Here you can also find extensive guides for betting on Soccer, NFL, NBA, NHL, Tennis, Horses as well as reviews of the most trusted betting sites.
MLB Betting Tips, Predictions and Odds 241