Earl Thomas Tells Seattle Management: Love Me or Leave Me

Twitter
« No Deal for Bell
Roquan Smith Officially Holding Out » 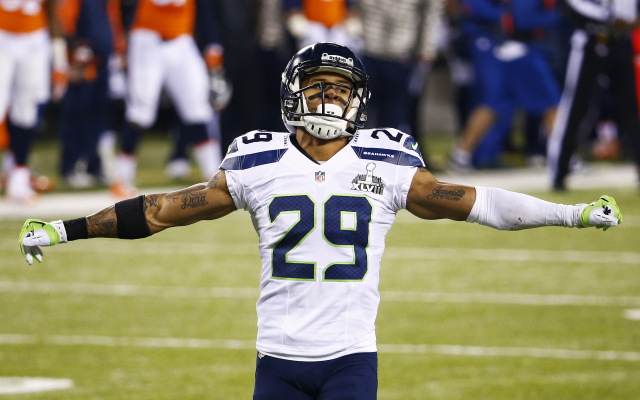 Earl Thomas has made his thoughts known to management in Seattle: extend me or trade me. In other words, Thomas has no desire to play this season on the final year of his multi-year contract. That contract has around $10M remaining on the final year, which at the time of signing in 2014, made him the highest paid safety in the league. Now, that is no longer the case since Thomas has been eclipsed by other safeties such as Eric Berry, Kam Chancellor, Rashad Jones, LaMarcus Joyner, and Harrison Smith.

There is little doubt that the Legion of Boom no longer exists in Seattle, so it is interesting to see how Thomas fits into their future plans. Recently, the Seahawks have traded Michael Bennett to the Super Bowl champion Philadelphia Eagles and released veterans Richard Sherman and Cliff Avril. While Kam Chancellor remains under contract with the Seahawks, he will no longer be on the field due to numerous injuries.

Thomas has already skipped the mandatory mini-camp last month and promises to forego all team activities unless he signs an extension. This means that if he has still not reported to the Seahawks by Week 1, he will begin to lose game checks. However, it appears that he is ready to do so. Just last night, Thomas posted on Instagram the ultimatum to trade him or pay him. Thomas does not appear to be a man ready to suit up if he is feeling disrespected.

There has not been much buzz around Thomas in trade circles outside of Dallas. The Cowboys desperately need help at the back end of their defense. Prior to the draft, Seattle asked for the No. 50 overall pick in the draft for Thomas, but Dallas balked at the asking price. The Cowboys would seemingly be a good fit for the consistent pro bowler, but it is unclear if the two sides are continuing negotiations. In my opinion, if Dallas wants to compete in the arms race with Philadelphia in the NFC East, then I think they should be acting quickly to find a way to put Thomas in a Cowboys jersey. Even if he is traded, the Cowboys or any other potential suitor has to be willing to pay Thomas or they will be in the same exact position of the Seahawks.

In terms of re-upping with Seattle, the Seahawks are probably a little gun shy about handing safeties big-time money after extending Chancellor last season, only to see him end his playing career after devastating injuries. ESPN is reporting that Seattle is not even bothering to negotiate with Thomas, which leads to believe that unless he is traded, this is going to end ugly. Thomas has already opened himself to being fined by the team for missing mini-camp, but they can withhold his game checks. Doing the math, Thomas would be costing himself roughly $625K a game. If and when that begins happening, we will truly see just how defiant Thomas remains.

Join us on Telegram to get even more free tips!
« No Deal for Bell
Roquan Smith Officially Holding Out »
SportingPedia covers the latest news and predictions in the sports industry. Here you can also find extensive guides for betting on Soccer, NFL, NBA, NHL, Tennis, Horses as well as reviews of the most trusted betting sites.
NFL Betting Tips, Predictions and Odds 332