Moving and Shaking Going on in Central Division

Twitter
« Detroit Easing into New Era with Free Agents and Draft.
Is 46 Year Old Jaromir Jagr Done?  Taking a Look at His Career. » 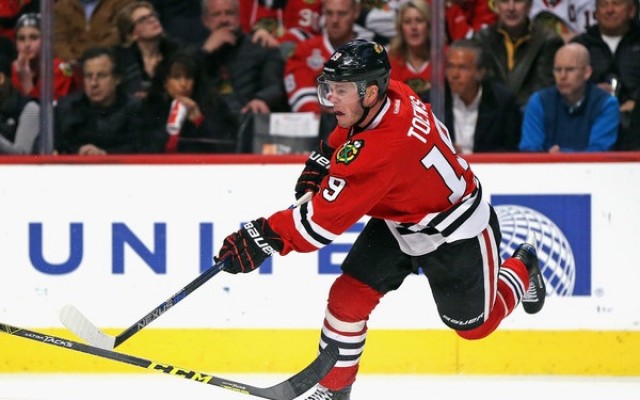 The Central Division of the National Hockey League has been very busy. Take a look at all the moves that have gone down.

Nashville has been extremely quiet this off-season. They decided to give Ryan Hartman a contract that screams “Prove it”, and gave Pekka Rinne’s backup Juuse Saros a three year, $4.5 million contract. Other than that, they still have work left to do. Ryan Ellis is still waiting on a contract, as is Roman Josi. Both of these defensemen have been very important pieces of this Nashville squad. Simply put, the Predators haven’t been able to sign anyone because they have to keep room open for these two who will be expecting to get paid for their consistent contributions.

Much like White Sox and Bulls fans are used to hearing lately, some of the more promising prospects the Blackhawks have are “At least a year or two away”. These names include draftees Adam Boqvist and Nicolas Beaudin; and MacKenzie Entwistle. Entwistle was acquired in the trade that dumped Hawk legend Marian Hossa’s contract and sent Jordan Oesterle and company away. Familiar face Marcus Kruger will also be in town.

One thing Blackhawks fans are hoping won’t change from the beginning it’s last year is the starting goalie. Corey Crawford went down last season with an upper-body injury, seemingly ending any hope of a revival of their playoff hopes. Blackhawks management stated that he hasn’t done much “on-ice” yet, but assured fans of their faith that he will be ready.

St. Louis has definitely made the biggest splash in the division. In just the first day of free agency, they:

Traded Vladimir Sobokta, Patrik Berglund, Tage Thompson, a 2019 first round pick, and a 2021 second round pick for Ryan O’Reilly.

Later on, the also inked left winger Pat Maroon to a one year, $1.75 million deal. GM Doug Armstrong was certainly making the statement that he is totally committed to upgrading his team and is ready to attempt to contend for the franchise’s first ever Stanley Cup.

Winnipeg has its share of problems on its hands. Management and defenseman Jacob Trouba have been reported to be “millions apart” in contract negotiations with an arbitration hearing scheduled for next week. Winnipeg is trying for the perfect situation of keeping Trouba along with enough cap space to re-sign both Patrik Laine and Blake Wheeler after this coming season. Other than this, not much has changed on their roster.

Much like Winnipeg, not a lot has changed in the Lone Star State. The stars avoided arbitration on Saturday by re-signing center Devin Shore for 2 years and $2.3 million. The big priority for Dallas this off-season should be extending star Tyler Seguin. It is unclear how committed he is to staying in Dallas, and they may be saving some cap space to try to add another big name, either now or next off-season.

The Wild began free agency by making a few underwhelming signings. They signed defensemen Greg Pateryn (3 years, $6.75 million) and Nick Seeler (3 years, $2.175 million), forwards Eric Fehr and Matt Hendricks, along with forward J.T. Brown (2 years, $1.375 million). It’s uncertain what message the team is sending to its fans with these signings, so it will be interesting to find out moving forward in the season.

Colorado received goalie Philipp Grabauer and defenseman Brooks Orpik in exchange for a second-round pick on a draft day trade. They also recently signed a few AHL veterans to one-year deals. Unfortunately for them, the cap hit from the trade pretty much crippled their ability to make any notable signings. Aside from these two and any call-ups, Avalanche fans will be looking forward to a similar lineup as last year.

Join us on Telegram to get even more free tips!
« Detroit Easing into New Era with Free Agents and Draft.
Is 46 Year Old Jaromir Jagr Done?  Taking a Look at His Career. »
SportingPedia covers the latest news and predictions in the sports industry. Here you can also find extensive guides for betting on Soccer, NFL, NBA, NHL, Tennis, Horses as well as reviews of the most trusted betting sites.
NHL Betting Tips, Predictions and Odds 800