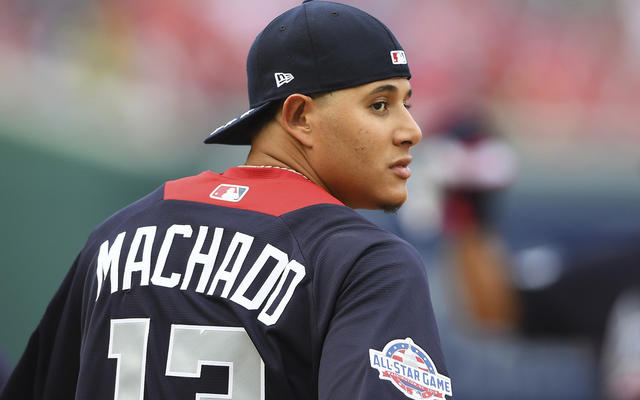 The Manny Machado sweepstakes has finally come to a conclusion. The Baltimore Orioles agreed to trade superstar shortstop, Manny Machado, to the Los Angeles Dodgers on Wednesday night. The Orioles had planned to trade Machado all season long, and finally found an acceptable trade partner a day after Machado started for the American League in the 2018 All-Star Game.

The Dodgers were in need of a shortstop after young Corey Seager was sidelined with Tommy John surgery earlier this season. Los Angeles was able to hold serve for most of the season, but knew it was time to make a strong push for Machado. The move now makes the Los Angeles Dodgers the team to beat in the National League.

Machado will be a free agent after the 2018 season, and it was clear that he was not going to resign with the Baltimore Orioles. Teams will enter into a bidding war for Machado’s services going forward, but he will finish the season out in Los Angeles. Machado, 26, has spent his entire 8 year Major League career with the Orioles before the trade on Wednesday night.

Los Angeles will send five top-rated prospects to Baltimore in exchange for Machado. The top prize for Baltimore is the outfielder, Yusniel Diaz. Diaz was playing in double-A for the Dodgers, but on Sunday hit two home runs in the MLB Futures Game, becoming just the second player ever to do so. The Dodgers also sent third basemen, Breyvic Valera and Rylan Bannon the Orioles, and Valera will be promoted to Triple-A Norfolk. Right-handers, Dean Kremer and Zach Pop round out the deal, and will report to Double-A Bowie.

The Orioles had trade discussions with up to eight teams leading up to the trade but felt that Diaz was the best player offered to them. Both the Milwaukee Brewers and Philadelphia Phillies were viewed as the other top contenders to land Machado. The trade of Machado will likely start a trend for the Baltimore, as they clean house and start a total rebuild.

The Dodgers hope that the acquisition of Machado will help them reach a third straight NLCS, and a second straight World Series. The Dodgers currently lead the National League West by a half-game over the Arizona Diamondbacks, but the Giants and Rockies are also lurking. Machado will likely spend time playing both shortstop and third base for the Dodgers.

Machado has already had a phenomenal career, but is perhaps having his best season to date. Machado has belted 23 home runs and driven in 64 runs while compiling a .950 OPS for the Orioles. Machado was moved to shortstop to begin the season, and was voted as the starting shortstop for the American League in the All-Star Game. Machado is a three-time All-Star and has also won a Platinum Glove Award while playing third base in Baltimore. Machado will be trying to reach the playoffs for the first time in his illustrious career.

Join us on Telegram to get even more free tips!
« Brewers’ Hader In Trouble Over Old Tweets
Cubs, Indians Complete Trades For Relievers »
SportingPedia covers the latest news and predictions in the sports industry. Here you can also find extensive guides for betting on Soccer, NFL, NBA, NHL, Tennis, Horses as well as reviews of the most trusted betting sites.
MLB Betting Tips, Predictions and Odds 241