Back up Point Guard a Big Deal for Oklahoma City 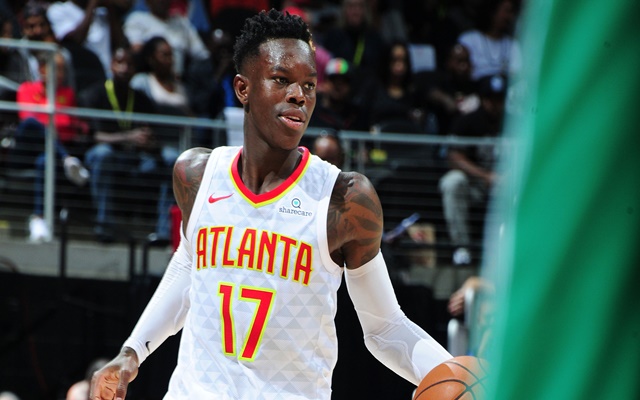 When the Thunder traded Carmelo Anthony and shed his massive salary, they acquired a legitimate standout point guard in the process. This was a fantastic move by Sam Presti and one that makes this team a lot better. Dennis Schroder is the best backup point guard the Thunder have had since they traded Reggie Jackson four years ago. Read below as we assess OKC’s improved backup PG spot.

After they traded Reggie Jackson, OKC continued to add sub-par backup point guards, who just never filled the void when Russ would get his rest. DJ Augustin struggled to play make. Randy Foye and Cameron Payne combined to average 5 points and 2 assists between them in 2015-16. Semaj Christon couldn’t score, and then Norris Cole who was signed was horrific. Last year, Raymond Felton led the team’s bench with 7 points per game, but really couldn’t make much of an impact. And now, FINALLY, Dennis Schroder is coming aboard to try and fix this backup slump.

Schroder should be able to come in and give them 20-25 minutes a night, playing both behind Russ, and then next to him as well. His jump shot has come a long way over the past few years, while his passing ability is not to be questioned. They failed to get production from the shooting guard spot last year when Andre Roberson went down. Neither Alex Abrines, nor Terrance Ferguson was playable for more than a few minutes at a time. The acquisition of Corey Brewer didn’t really fix much either. With Roberson back, they cannot sub him out for Schroder to have two offensive-minded guards in the backcourt together.

Reggie Jackson played this same role for a few years before deciding he wanted to see greener pastures and more playing time. This was something he did very well, consistently improving his game from year-to-year. He has shown in larger sample size over his time in Detroit that his tenure in OKC set him up to be successful. Dennis Schroder will be tasked with doing the same. Be as good as he can defensively while being a second playmaker in the backcourt.

Some predictions for what he may average next year:

OKC’s bench will most certainly rebound this year, led by their new backup point guard. Watch out!

Join us on Telegram to get even more free tips!
« Sacramento Kings: Making Moves to Improve
Montrezl Harrell Back with Clippers »
SportingPedia covers the latest news and predictions in the sports industry. Here you can also find extensive guides for betting on Soccer, NFL, NBA, NHL, Tennis, Horses as well as reviews of the most trusted betting sites.
NBA Betting Tips, Predictions and Odds 1385