Montrezl Harrell Back with Clippers 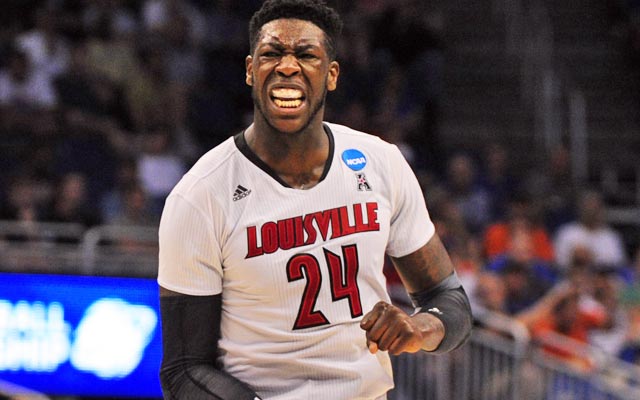 WHATS UP MONTREZL! After having his best season as a pro in LA a year ago, Montrezl Harrell has agreed to a 2-year, $12 million deal to remain with the Clippers. Read below as we analyze this signing.

After a rookie season in Houston where minutes were hard to come by, Harrell got more minutes and made the most of them in his sophomore season, averaging nine points and four rebounds per game off the bench. He was one of seven Rockets players that were sent to the Clippers in exchange for Chris Paul, and he made the most of his new opportunity. Playing even fewer minutes than his last year in Houston, Harrell was able to still increase his numbers. He averaged 11 points and four rebounds per game in just 17 minutes a night.

His impact behind DeAndre Jordan last year was major, as when Jordan would come out, they would lose a bit of rebounding, but the scoring would increase dramatically. He has a great post game, as well as a mid-range jumper, which will continue to be on full display. All he needed each night was a few touches, and he’d give his team a few baskets. Instant offense and tremendous efficiency.

Now backing up Marcin Gortat, there will definitely be a chance for more minutes. Gortat struggled in Washington the past few years and now will be playing for his NBA life. He struggles to finish in the paint, at the free throw line, and to hold his own around the hoop defensively. This could very well be a situation where Gortat plays the first and third quarter, while Harrell plays the second and fourth. This is something we saw in Chicago, where Carlos Boozer played the first and third, while Taj Gibson played the second and fourth.

It’s hard to find big men in today’s game who have enough agility to consistently make moves to get by their defenders, but Harrell provides just that. His lateral quickness is always allowing him to be a step ahead of his matchup and gives him the opportunity to score constantly. Harrell scored 20 or more points SEVEN different times as a reserve last year, with his highest output a 26-point night against the Pelicans.

His rebounding still needs a lot of work, but this shouldn’t be too big an issue for these guys. With Tobias Harris playing next to him, he should be able to eat those rebounds up when he’s out there. It’s also silly to not expect Montrezl to work on his rebounding ability and up his total this year. He was a rebounding machine in his days at Louisville, after all.

Potential averages for Harrell next year:

A big year is coming for Montrezl Harrell, who the Clippers were VERY smart to re-sign.

Join us on Telegram to get even more free tips!
« Back up Point Guard a Big Deal for Oklahoma City
Alex Len is Atlanta Bound »
SportingPedia covers the latest news and predictions in the sports industry. Here you can also find extensive guides for betting on Soccer, NFL, NBA, NHL, Tennis, Horses as well as reviews of the most trusted betting sites.
NBA Betting Tips, Predictions and Odds 1379