Revis Calls it a Career 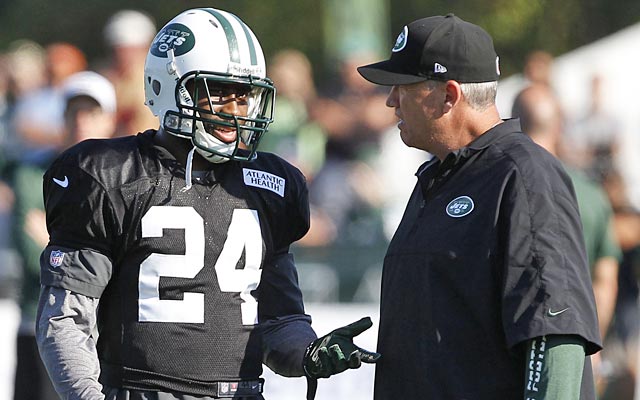 Former NFL cornerback Darrelle Revis has retired from the NFL after an eleven-year career. Revis will go down as one of the best corners to ever play the game and revolutionized the position. His performance on the field led him to stretch the pay scale usually set out for defensive backs and created a financial opportunity for all corners set to come after him. His legacy will not only be limiting passing games to one side of the field but also breaking the bank and showing teams what kind of value a player with his capabilities has.

During his career, Revis signed contracts in the ballpark of $150M. That kind of money is unheard of outside of the quarterback room. Revis and his team always took no nonsense approaches in the negotiating room, which led to high paydays. However, these business tactics never interfered with his play on the field. He essentially was able to separate the business side of the game with the on-field side of the game. Despite a holdout and extensive contract negotiations, his effort and production on the field never wavered.

Revis was selected to seven pro bowls during his career and is often revered as one of the most technically proficient corners to ever step on the field. The defenses he was a part of often centered their strategy around his presence on the field. Needless to say, offenses had to do the same as Revis Island became a no-mans land even for some of the top wideouts in the league.

Revis won a Super Bowl with the New England Patriots after the 2014 season and also played for the Bucs and Chiefs. However, Revis will always be remembered for his time with the New York Jets. His play in New York is what will ensure his presence in the NFL Hall of Fame someday down the road. His 2009 season was one of the best ever by an NFL corner. Just look at these numbers from 2009:

When people point to Revis’ somewhat pedestrian interception numbers, just show them statistics such as that. Elite receivers could not shake him for any space and quarterbacks refused to throw his way. Those two facts are what separated Revis from his peers. To conclude his Instagram post announcing his retirement, Revis states “I’m excited as to what lies ahead as I pursue new ventures in different industries. Long live Revis Island.” After watching his effort and performance on the field and in the negotiating room, we can only predict that those new ventures in different industries will bear fruit for the 33-year-old ex-NFL cornerback. However, Darrelle will need to take some time off in the future for his trip to Canton, Ohio.

Join us on Telegram to get even more free tips!
« Randy Gregory Reinstated
Josh Gordon Not in Camp »
SportingPedia covers the latest news and predictions in the sports industry. Here you can also find extensive guides for betting on Soccer, NFL, NBA, NHL, Tennis, Horses as well as reviews of the most trusted betting sites.
NFL Betting Tips, Predictions and Odds 332