Trio of American League Aces Set to Return This Week 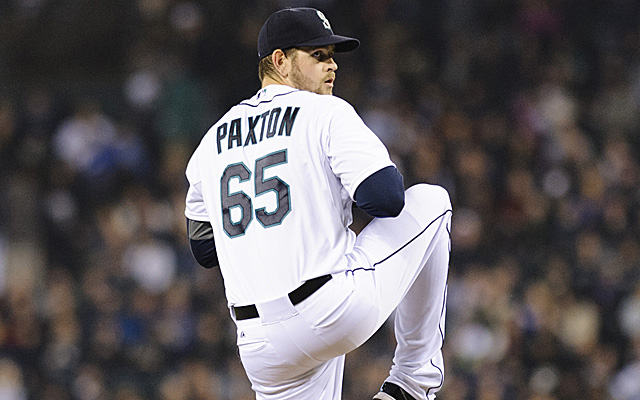 Three of the best pitchers in the American League are set to pitch this week after suffering through an injury that required them to miss some time. James Paxton, Ervin Santana, and Corey Kluber will all take the ball for their respective teams this week. Paxton and Kluber will be trying to lead their teams to the 2018 playoffs, while Santana’s return is a welcome sight to Twins fans.

Seattle Mariners ace, James Paxton, is scheduled to pitch against the San Francisco Giants in a series opener on Tuesday night. Paxton just missed one start while spending time on the disabled list with a stiff lower back. The Canadian born left hander threw 40 pitches in a bullpen session, and appears ready to rejoin the Mariners. Paxton’s return will be a huge boost to the Mariners playoff chances.

The Mariners are one of the best stories in baseball this season and are right in the middle of a tight American League West. Seattle trails the defending World Series Champion, Houston Astros, by just 5 games in the division. The Mariners hold a small edge for the second Wild Card spot in the AL.

Cleveland Indians ace, Corey Kluber, will also be starting this week, after a brief scare with a knee injury. Kluber had been receiving some treatment on the knee for the last few weeks but was able to avoid spending any time on the disabled list. Kluber was named an American League All-Star in 2018 but was unable to pitch in the game. Kluber will take on the red-hot Pittsburgh Pirates on Monday night at Progressive Field.

The Indians are in total control of the American League Central Division. The Indians are 8.5 games ahead of the second place, Minnesota Twins heading into Monday’s game. Earlier this week, Cleveland made a huge trade to bring in All-Star closer, Brad Hand, from the San Diego Padres. If Kluber is able to return to form, the Indians look like a sure playoff participant.

Twins veteran right-hander, Ervin Santana, will make his season debut for Minnesota on Wednesday night against the Toronto Blue Jays. Santana was unable to start the season due to having surgery to remove calcium deposits in his right middle finger. Santana was expected to return in late May but suffered a number of minor setbacks pushing back his season debut.

Santana has been on a rehab assignment for the Twins, and the front office believes that he looks strong enough to pitch for Minnesota this week. Santana last pitched for Triple-A Rochester on Friday night and held Norfolk to just 1 run thru six innings of work. Santana made 33 starts for the Twins last season and threw 211 ⅓ innings. The 35-year-old went 16-8 with a 3.28 earned run average for the Twins last season. The Minnesota Twins trail the Cleveland Indians by 8.5 games in the American League Central Division.

Join us on Telegram to get even more free tips!
« Oakland Athletics Complete Big Trade
Poncedeleon Shines in Major League Debut »
SportingPedia covers the latest news and predictions in the sports industry. Here you can also find extensive guides for betting on Soccer, NFL, NBA, NHL, Tennis, Horses as well as reviews of the most trusted betting sites.
MLB Betting Tips, Predictions and Odds 241