Wild Keep Momentum on Their Side, Re-Sign Matt Dumba 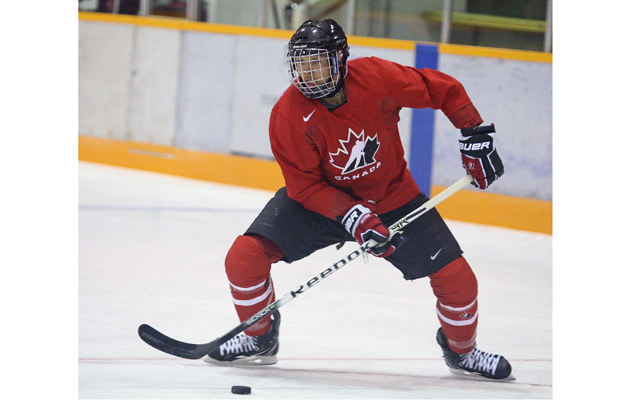 After recording great numbers last season, defenseman Matt Dumba got paid by his team.  USA Today reported late last week that he and the team agreed to a five-year, $30 million deal.  Since being drafted 7th overall by the St. Paul based team, Dumba’s numbers have done nothing but improve.  He had a short 2013-14 season with the NHL squad, which saw him, after playing in 13 games, record only 2 points on 1 goal and 1 assist.  HE greatly improved in the 2014-15 season, despite only playing in 58 games.

He improved to 16 points that season, on 8 goals and as many assists.  He showed not only improving numbers but also balance, not showing himself to be pass-heavy or shot-heavy. After a short 20 game stint playing for the AHL’s Iowa Wild (Still in the 2014-15 season), Dumba played 81 games during the 2015-16 season, all with the Minnesota Wild.  In that season, he showed more improvement, putting up 26 points, and proving himself ready enough to make it through an entire NHL season without showing himself to be an injury risk. He was also able to participate in the playoffs that year, playing 6 games and putting up 2 points, both assists.

He improved further during the 2016-17 season, highlighted by his 23 assists, en route to a 34 points season.  He showed himself slightly more likely to pass than to shoot, but still impressed both Wild fans and critics. He failed to score during that year’s playoffs, however, despite appearing in 5 games.  The 2017-18 season included what looked like a different Matt Dumba than Wild fans had ever seen before. After failing to record anything during the past year’s playoffs, he came back with a vengeance.  He recorded 50 points on NHL career highs of both 14 goals and 36 assists after appearing in 82 games. He then also recorded both a goal and an assist in this past year’s playoffs, appearing in 5 games.

After a failed scratch by head coach Bruce Boudreau (His replacement Marco Scandella had to sit out due to an illness) in 2016, Dumba has been paired with all-star Ryan Suter.  Whether playing alongside him has been responsible for some of the increase in numbers, or some combination of that with more playing time, Dumba has certainly become a regular contributor to this team.  The Wild will be looking for even further improvement to fashion Dumba from the promising prospect they saw in the 2012 draft into a regular, star defensemen. They will need this as they continue to try to advance past the first round of the playoffs, which they have failed to do the past few seasons.  In 2015-16, they fell in 6 games to the Dallas Stars. The following season, it took only 5 games for the Blues to dispatch them. This past season, they were yet again put away in 5 games, this time by the Winnipeg Jets.

The Minnesota Wild are showing faith in their still-young defenseman with this big contract, and Wild fans are hoping he will make it a good decision.