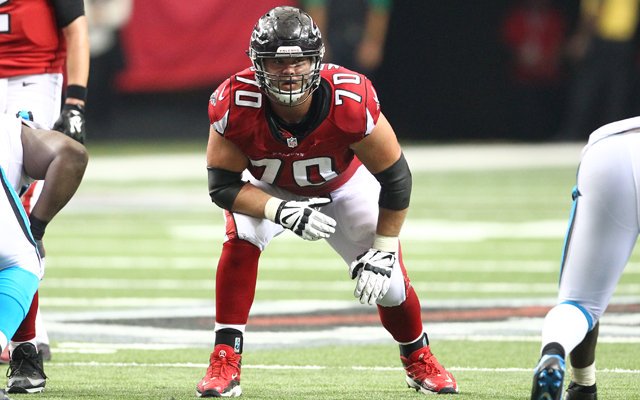 Tennessee Titans left tackle Taylor Lewan has signed a five year, $80M contract extension. $50M of the contract comes in the form of guaranteed money to the offensive lineman. With this deal, Lewan becomes the highest paid offensive lineman in NFL history.

Lewan and the Titans seemed to head for a showdown earlier this summer as the former first-round pick had been absent from all team-related activities this summer. However, Lewan was present when veterans were required to report for camp which showed perhaps a lack of animosity between the two parties as we have seen in other cities this offseason (Seattle, Los Angeles). The two sides were able to reach an agreement without the drama of a holdout and get Lewan in the fold right away. The negotiating, in this case, seemed pretty straightforward; Lewan submitted his requests to the Titans and the Titans submitted their requests to Lewan. This exchange of offers only occurred earlier this week, so it appears the two parties were not that far apart, to begin with.

Taylor Lewan was selected 11th overall in the 2014 NFL Draft by the Titans. He has been selected to the Pro Bowl in each of the last two seasons. Lewan will be asked to anchor an offensive line with the task of protecting the face of the franchise, quarterback Marcus Mariotta, and opening holes for new full-time starter, Derrick Henry. Having a happy Lewan in camp and locked up for five more years is definitely good welcome to training camp for new head coach Mike Vrabel.

Atlanta Falcons left tackle Jake Matthews also inked an extension recently. His deal makes him the third highest paid offensive lineman in NFL history, at a cool five years and $75M. The only offensive linemen who have been paid more are the aforementioned Lewan and Nate Solder.

Matthews has been a fixture on the Falcons offensive line since he was drafted 6th by the Falcons in the 2014 draft. He has started every game for the Falcons since being drafted, which is a testament to his durability and production. Guarding the blind side of Matt Ryan has been the task given Matthews over the years and it is a task that he has done extremely well. Matthews anchored an offensive line that gave up the third fewest sacks in the league last season.

Striking a deal with Matthews became the top priority for Falcons management after they were able to lure Julio Jones to training camp by moving money around on his contract. While that will satisfy Jones for the time being, the Falcons will have some work to do in the 2019 offseason to keep Jones on board and happy. The Falcons are most likely not finished with contract extensions this offseason. Look for the Falcons and defensive tackle Grady Little to sit down and try to work out an extension before Little is set to hit the open market after this season. Free safety Ricardo Allen may also be in play to sign a long-term deal with Atlanta.

Join us on Telegram to get even more free tips!
« Five Madden 19 Team Rankings EA Sports Got Wrong
Cardinals Make Flurry of Roster Moves »
SportingPedia covers the latest news and predictions in the sports industry. Here you can also find extensive guides for betting on Soccer, NFL, NBA, NHL, Tennis, Horses as well as reviews of the most trusted betting sites.
NFL Betting Tips, Predictions and Odds 332