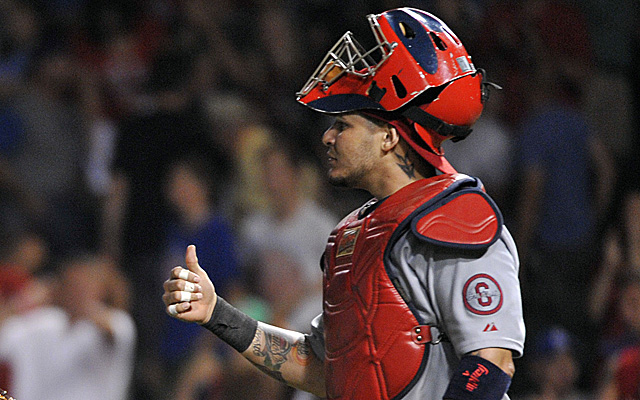 The St. Louis Cardinals were busy on Friday, making a number of moves to try and solidify their beleaguered bullpen. Entering Friday, the Cardinals had four active bullpen pitchers with an earned run average of over 5.70. The biggest move that the Cardinals made was designating former closer, Greg Holland, for assignment on Friday morning. The Cardinals signed Holland to a 14 million dollar one year deal this offseason. It was the highest paid one-year reliever contract in MLB history.

Holland has struggled mightily for St. Louis in 2018. The righty made 32 appearances for the Cardinals but sported a 7.92 earned run average in 25 innings pitched this season. Holland also spent nearly a month on the disabled list with a right hip impingement earlier this season. He collected 41 saves for the Colorado Rockies in 2017, earning a third trip to the All-Star Game. Holland has blown 3 saves for St. Louis this season, the last coming against the Chicago Cubs on Saturday.

Left-hander, Tyler Lyons, will join Holland on the designated for assignment list by St. Louis. The Cardinals will have 10 days to either trade or waive the two players. Lyons has a whopping 8.64 earned run average in 27 appearances for the Cardinals. The veteran has given up 24 hits in just 16 innings pitched this season. The Cardinals also placed Brett Cecil on the 10-day disabled list with right foot inflammation.

St. Louis has announced three of the pitchers who will be joining their revamped bullpen. The Cardinals will be calling up righty, Daniel Poncedeleon, and lefthander, Tyler Webb from Triple-A Memphis. Luke Weaver will be joining the team after being called up from Class-A Peoria. All three pitchers are expected to be in St. Louis to begin the weekend series against the Chicago Cubs.

Webb will be making his Cardinals debut when he takes the mound in St. Louis. The lefty has appeared in 13 games in his Major League career, with four of them coming this season for the Padres. Webb has a 12.60 earned run average in those four appearances in 2018.

Poncedeleon and Weaver have both started games for the Cardinals this season. Poncedeleon had a memorable Major League debut last week, throwing seven no-hit innings against the Cincinnati Reds. His debut came just 14 months after having brain surgery after being struck by a liner in the Minor-Leagues. It appears that his next appearance will come out of the St. Louis bullpen. Weaver is 5-9 with a 4.79 earned run average in 20 starts for St. Louis this season. He is projected to start against the Cubs on Friday night.

Join us on Telegram to get even more free tips!
« Left Tackles Get Paid
Carson Wentz Aiming for Week One »
SportingPedia covers the latest news and predictions in the sports industry. Here you can also find extensive guides for betting on Soccer, NFL, NBA, NHL, Tennis, Horses as well as reviews of the most trusted betting sites.
NFL Betting Tips, Predictions and Odds 332