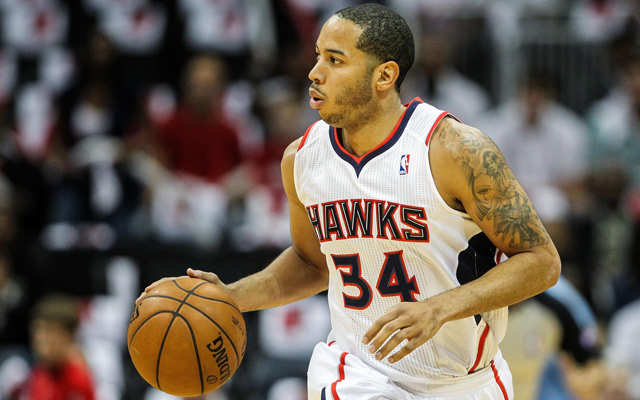 As NBA free agency continues, there are slews of moves still being made. Read below as we highlight a few of the most recent player transactions.

As the Los Angeles Clippers continue to fill out their roster, they announced yesterday that they are waiving guard/forward CJ Williams. Undrafted out of NC State and has had a long career in Europe, he finally got his chance last year, at age 27. He was a player that certainly helped when needed, playing in 38 games and starting 17, averaging around six points per game. He was a great scorer and fill-in starter for them. The issue is the number of guaranteed contracts they have. He just caught a tough break.

But, there are a number of teams that should consider Williams. If they need a guard who can create his own shot and get to the basket at will, this is the guy they need to sign. On a team stacked with guards, CJ Williams probably never expected to see the floor last year. But he made the most of his opportunity, and it should help to keep his NBA career going.

After spending his first 3 1/2 seasons in Dallas, Devin Harris was traded to the Nets. He spent parts of four years there before being dealt to Utah where he spent 2 years. He then spent a year in Atlanta before making a return, signing back with the Mavs. They dealt him to the Nuggets at last year’s trade deadline. BUT, GUESS WHAT? He’s back, again! The Mavs signed the 35-year-old to a one-year deal for the veteran minimum after their deal for Yogi Ferrell fell through.

At this point in his career, Harris isn’t out there to tear up the stat sheet. He won’t go and try and score twenty points per night (Hasn’t averaged in double figures since 2011-12). He’s not trying to be flashy. What he gives them is a great mentor, again, for Dennis Smith Jr. and Luka Doncic. And, he’ll do a great job of it. For a third time, Dallas would like to welcome home, DEVIN HARRIS!

After two years of minimal playing time in Portland, Pat Connaughton played every game for the TrailBlazers last year. He only averaged 5 points and 2 rebounds per game, but Connaughton was a three-point threat at 35.2%, and a great defender. He provided a lot of length on the wing, and a presence they certainly required.

Now, he’s off to Milwaukee after signing a small two-year contract with the Bucks. The minutes will be hard to come by for him at first, but could end up being there. There could be some opportunity backing up Khris Middleton and Malcolm Brogdon. Leave it to a coach like Mike Budenholzer to be able to find minutes for a guy like Connaughton. The hope will probably be that he can push Tony Snell for minutes and help him find that sense of urgency. Also, he could take all his minutes, as a more competent 3-and-D player.

Join us on Telegram to get even more free tips!
« Clint Capela Inks Deal to Return to Houston
Shaping up the 2018  »
SportingPedia covers the latest news and predictions in the sports industry. Here you can also find extensive guides for betting on Soccer, NFL, NBA, NHL, Tennis, Horses as well as reviews of the most trusted betting sites.
NBA Betting Tips, Predictions and Odds 1371