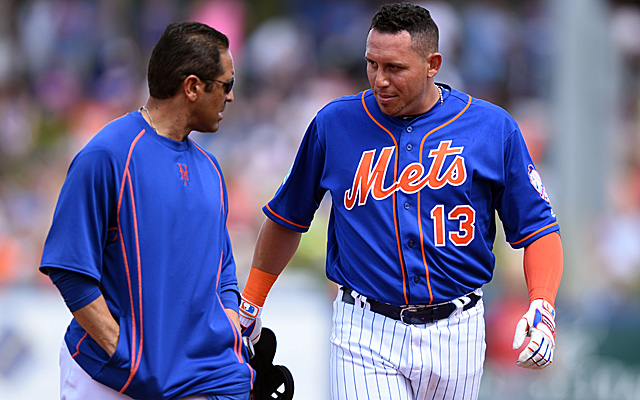 Both the Philadelphia Phillies and Arizona Diamondbacks improved their ballclub through a trade completed on Friday. The Phillies acquired Asdrubal Cabrera from the New York Mets, and the Diamondbacks landed Eduardo Escobar from the Minnesota Twins. Both players are expected to join their new teams this weekend.

The Philadelphia Phillies were able to figure out a way to complete a deal with NL East rival, New York Mets. The Phillies were looking for middle infield help, and got it in the form of Cabrera. Cabrera has spent most of the season at second base for the Mets, but has also played shortstop and third base during his 11 year MLB career. Cabrera is having a very solid season at the plate for the Mets, hitting .277 to lead the team. He has also belted 18 home runs and driven in 58 runs.

The Mets will receive minor league pitcher Franklyn Kilome in exchange for Cabrera. The Mets currently trail the Mets by 14.5 games in the division entering Friday’s game. New York is in “seller’s mode,” but it is unclear how much they are willing to sell. The Mets take on the Pittsburgh Pirates this weekend.

The Arizona Diamondbacks have also improved their infield by acquiring Eduardo Escobar from the Minnesota Twins. Escobar, 29, leads the Major Leagues in doubles this season with 37. He is hitting .278 for the Twins and has played third base, shortstop, and second base this season. The move provides an instant offensive upgrade to the Diamondbacks lineup.

Escobar was initially signed by the Chicago White Sox as an international free agent out of Venezuela in 2006. He landed in Minnesota as a part of a trade for Francisco Liriano in 2012. The Diamondbacks placed third baseman, Jake Lamb, on the 10-day disabled list on Friday, increasing the need for Escobar’s services. Escobar will go from a disappointing Twins squad to a playoff hungry Arizona Diamondbacks team. Arizona is just 1.5 games in back of the LA Dodgers in the NL West.

In exchange for Escobar, the Twins will be receiving three prospects from Arizona. Outfielder Gabriel Marciel is the top prize that is headed to Minnesota. The slugging outfielder is the number 11 prospect in the Diamondbacks organization according to MLB Pipeline. Minnesota will also receive right-hander Jhoan Duran in this trade. Duran was the 19th ranked prospect in the Diamondbacks organization. Right fielder Ernie De La Trinidad will complete the deal for Escobar. The Twins are just 7 games back of the Cleveland Indians in the AL Central, but appear to be clear sellers this season.

Join us on Telegram to get even more free tips!
« Cubs Complete Trade For Hamels
MLB Hall of Fame Induction Takes Place Sunday »
SportingPedia covers the latest news and predictions in the sports industry. Here you can also find extensive guides for betting on Soccer, NFL, NBA, NHL, Tennis, Horses as well as reviews of the most trusted betting sites.
MLB Betting Tips, Predictions and Odds 241