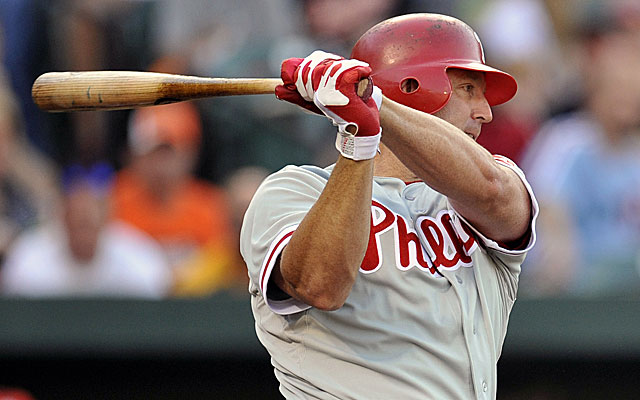 The 2018 Major League Baseball Hall of Fame induction ceremony will take place on Sunday afternoon in Cooperstown. Six living members will be inducted into the Hall of Fame on Sunday. This marks the largest incoming class of players since 11 players were inducted in the first Hall of Fame ceremony in 1939. The 2018 class will be made up of: Chipper Jones, Vladimir Guerrero, Trevor Hoffman, Jim Thome, Alan Trammell, and Jack Morris.

Jack Morris was voted into the Hall of Fame by the Hall’s Modern Era Committee. Morris was on the BBWAA ballot for 15 years but did not earn the required percentage of votes to earn induction into the Hall of Fame. He fell just 42 votes shy of induction, but the Modern Era Committee recognized the greatness of Morris’ career. He threw 240 innings in ten different seasons during this pitching career. The last pitcher to throw at least 240 innings in a MLB season was David Price in 2014.

Longtime Detroit Tigers star, Alan Trammell, will finally get his due on Sunday afternoon. Trammell inexplicably was never voted in by the BBWAA, but the Modern Era Committee recognized his greatness. Trammell finished second in MVP voting in 1987 and had a steady MLB career. He hit over .300 seven different seasons, while always providing steady defense.

Vladimir Guerrero was elected to the Hall of Fame in his second year on the ballot. Guerrero was widely considered one of the best hitters of his generation, while also providing outstanding outfield defense for both the Expos and Angels. Guerrero was a free swinger but was able to do damage on almost any pitch that was thrown to him.

Slugger, Jim Thome, was elected to the Hall of Fame in his first year on the ballot. Thome hit 612 career home runs and was one of the most feared sluggers of his generation. He was also an on-base machine, with a career on-base percentage of .402. Thome had a keen eye at the plate but was able to punish a mistake from an opposing pitcher. Thome’s 13 walk-off home runs are the most of all time.

Braves legend, Chipper Jones, was an easy first-ballot selection to the Hall of Fame. Jones earned 97.2 percent of the votes and was the best position player on a dominant Braves team during his career. The switch-hitting Jones hit .303 with 468 career homers for the Atlanta Braves. Jones joins Ken Griffey Jr. as the only two former 1st overall picks to reach the Hall of Fame.

Closer, Trevor Hoffman, finally received the call in his third year on the Hall of Fame ballot. The former San Diego Padres star finished with 601 career saves, second to Mariano Rivera’s 652. Hoffman featured one of the best changeups in baseball history, and he was nearly unhittable for a large stretch of his career. Hoffman finished with nine seasons of 40 saves, tied with Rivera for the most of all time.

Join us on Telegram to get even more free tips!
« Phillies and Diamondbacks Make Acquisitions
Old Tweets Burn Two MLB Players »
SportingPedia covers the latest news and predictions in the sports industry. Here you can also find extensive guides for betting on Soccer, NFL, NBA, NHL, Tennis, Horses as well as reviews of the most trusted betting sites.
MLB Betting Tips, Predictions and Odds 241