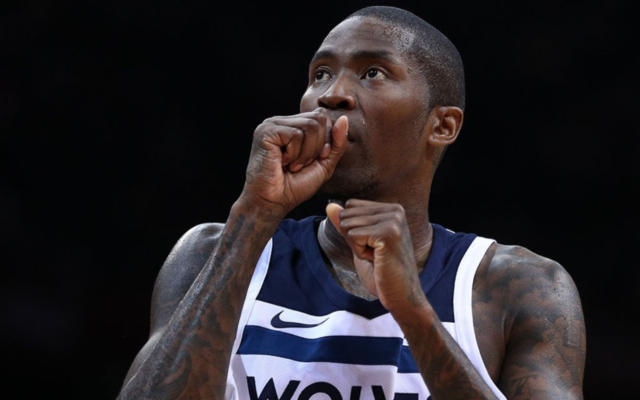 With most of the big name free agents off the board now, there’s another category worth looking at: The league’s oldest players, and if they’re worth bringing back for another year. Read below as we highlight the pros (and cons) of signing Jason Terry, Jamal Crawford, and David West.

We start with Jason Terry, who has not been able to score very well since leaving the Mavs. He’s averaged seven or fewer points per game in each of the past five seasons, between his time with the Nets, Rockets, and Bucks. When he’s in the game it seems, it would be as a ball-mover and a veteran voice on the floor. He can’t give you major minutes.

On the bright side with Jason Terry, his three-point shot is still as good as it has ever been. We saw that in the past two years in Milwaukee when he would get minutes, he would shoot the ball very well. He helped lead a major game six comeback for the Bucks against the Raptors a few years ago. Terry is a player you could give 10-15 minutes per night to if you need a three-pointer or two, and he’s a great locker room leader. He turns 41 on September 15.

Signing West would provide a great big man mentor like KG was in Minnesota for Karl-Anthony Towns. Any team would be lucky to obtain a player of West’s knowledge. He was a nightly 20-point scorer in his prime while in New Orleans. He turns 38 at the end of August.

Lastly, we have Jamal Crawford, the player with possibly the best handles in the league. A great isolation scorer and jump shooter, Crawford averaged 10 points and 2 assists per night coming off the TWolves bench. He did this while playing for a coach (Tom Thibodeau) who really doesn’t like using his reserves. A three-time sixth man of the year, it seems his shot is as good as it has ever been, and he hasn’t lost too much.

The concerns with Crawford have always been about his defense and his lack of it. Clearly an offensive talent, he has never been able to play consistent man defense. His stealing ability is something to never be questioned, but again, it’s definitely his weakness. He is one of those players you look at, and never think, wow, he’s going to have to retire at some point. He’s got great durability, and even after 18 seasons, he’s still got a lot left. There is no reason that on July 29th, Crawford should be unsigned. PAY THE MAN!

Join us on Telegram to get even more free tips!
« Shaping up the 2018
Toronto Raptors Work out a Pair of Big Men »
SportingPedia covers the latest news and predictions in the sports industry. Here you can also find extensive guides for betting on Soccer, NFL, NBA, NHL, Tennis, Horses as well as reviews of the most trusted betting sites.
NBA Betting Tips, Predictions and Odds 1346