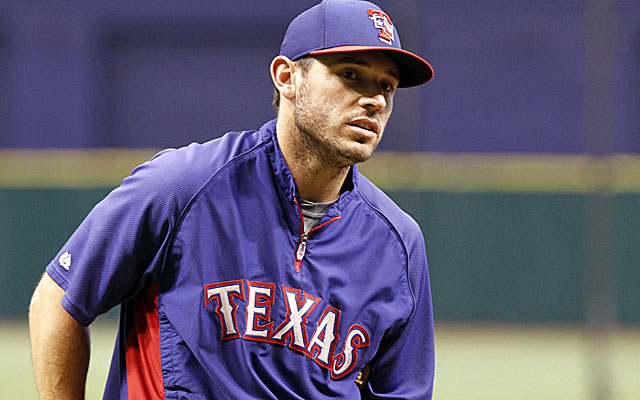 The Atlanta Braves and Boston Red Sox completed trades on Monday to improve their team in advance of the 2018 MLB trade deadline. The Braves acquired outfielder Adam Duvall from the Cincinnati Reds, and the Red Sox added Ian Kinsler from the Los Angeles Angels. Both players provide veteran depth that should help out during the playoff race.

Kinsler, 36, is a former Gold Glove-winning second baseman and brings a veteran presence to the Boston locker room. The Red Sox have been without a second baseman, Dustin Pedroia, and there is no timetable for his return. Kinsler will provide depth at that position in Boston, but he is expected to be the everyday second baseman. Brock Holt and Eduardo Nunez will shift back into utility roles upon Kinsler’s arrival.

The veteran has struggled at the plate in 2018, but Boston is hoping he can be rejuvenated by joining the best team in baseball. Kinsler has hit .239 this season for Los Angeles, with 13 homers and 32 runs batted in. He has played second base for his entire Major League Baseball career and was a finalist for a Gold Glove last season. Kinsler is a four-time All-Star in the American League.

Red Sox general manager, Dave Dombrowski is familiar with Kinsler. As GM of the Detroit Tigers, Dombrowski traded for Kinsler, bringing him to Detroit from the Texas Rangers. Kinsler was a career .272 hitter in his eight seasons in Texas before really taking off in Detroit. The Angels acquired the veteran before the start of the 2018 season.

Boston will be sending two Triple-A relievers to Los Angeles in pitchers Ty Buttrey and Williams Jerez. Buttrey, 25, has a 2.25 ERA in 32 appearances at Triple-A Pawtucket this season. The Angels believe that he is a Major League ready prospect. The left-handed Jerez has five saves with Pawtucket and features a fastball that can top 100 mph.

The Atlanta Braves also added a veteran bat by trading for Adam Duvall of the Cincinnati Reds. The Reds will receive a trio of Minor-League prospects in return. Duvall was an All-Star as a member of the Reds in 2016 and was one of the best power hitters in the game. He hit a combined 64 homers in his first two full seasons in Cincinnati. He was a finalist for the Rawlings Gold Glove Award in each of the last two seasons as well.

The outfielder has struggled at the plate in 2018. The 29-year-old is hitting just .205 this season but has hit 15 homers for Cincinnati. He will not be an everyday starter in Atlanta but will provide much-needed outfield depth.

The Reds will receive right-handed pitchers, Lucas Sims and Matt Wisler, along with outfielder Preston Tucker. All three players are currently playing at Triple-A Gwinnett, but have all appeared in games for the Braves this season. The Reds are positioning themselves for the future, and appear to have a solid core of players to build around.

Join us on Telegram to get even more free tips!
« Yankees Complete Another Trade
Tampa Bay Rays Acquire Pham »
SportingPedia covers the latest news and predictions in the sports industry. Here you can also find extensive guides for betting on Soccer, NFL, NBA, NHL, Tennis, Horses as well as reviews of the most trusted betting sites.
MLB Betting Tips, Predictions and Odds 241