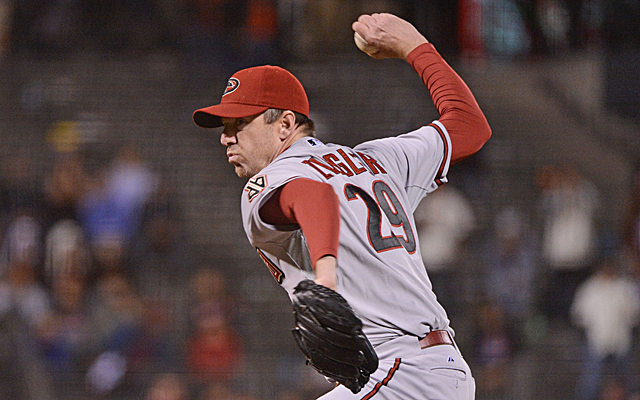 Ziegler will be returning to Arizona, a place where he had great success as a shutdown reliever for the Diamondbacks. Ziegler pitched for the Diamondbacks from 2011-16, and was once a shutdown closer for Arizona. He owns the record for most consecutive saves in franchise history, converting 43 straight over a span of two years. The Diamondbacks acquired him from the Oakland Athletics on July 31, 2011.

The Miami Marlins signed Ziegler before the 2017 season to a two-year, $16 million deal. He will be a free agent after the season, and is still owed over three million dollars this season. Ziegler will join an already formidable Diamondbacks bullpen, but is not expected to be the closer in Arizona.

The submarine pitcher struggled to begin the 2018 season for Miami and was ultimately taken out of the closer’s role. He has rebounded nicely, posting a 0.64 earned run average over his last 28 appearances for the Marlins. Miami is still undergoing a massive rebuild and jumped at the opportunity to add Minor-League assets for Ziegler’s services. It is still unclear who Arizona will be sending to Miami to complete the deal.

Ziegler made his Major League debut with the Oakland Athletics in 2008. He also had a brief stint with the Boston Red Sox during his long MLB career. Ziegler is 1-5 with a 3.98 ERA in 2018. The veteran has appeared in two different playoff series during his career. The Diamondbacks trail the Los Angeles Dodgers by one-half game entering Tuesday.

The Cleveland Indians were in need of some outfield help and got it in the form of veteran outfielder Leonys Martin. The Indians will be sending prospect, Will Castro to a division rival, Detroit. Martin is projected to be the starting centerfielder for the American League Central-leading Cleveland Indians

The 30-year old Martin is hitting .251 with nine homers in 78 games in 2018. Martin was in his first season with the Detroit Tigers and will become a free agent at the end of the season. The former Cuban prospect has spent eight years in the Major Leagues with a variety of teams. He is a career .248 hitter, but should be an upgrade for the Indians at centerfield. Cleveland recently placed Tyler Naquin on the disabled list with a hip injury.

The 21 year old, Will Castro, is a promising shortstop prospect that will be headed to Detroit. He is hitting .245 with five homers and 13 stolen bases this season while a member of Double-A Akron. The Indians will also receive Kyle Dowdy as part of the trade. The right hander is currently pitching for Triple-A Toledo in the Tigers’ system.

Join us on Telegram to get even more free tips!
« Tampa Bay Rays Acquire Pham
Braves, Orioles Complete Mega Deal »
SportingPedia covers the latest news and predictions in the sports industry. Here you can also find extensive guides for betting on Soccer, NFL, NBA, NHL, Tennis, Horses as well as reviews of the most trusted betting sites.
MLB Betting Tips, Predictions and Odds 241