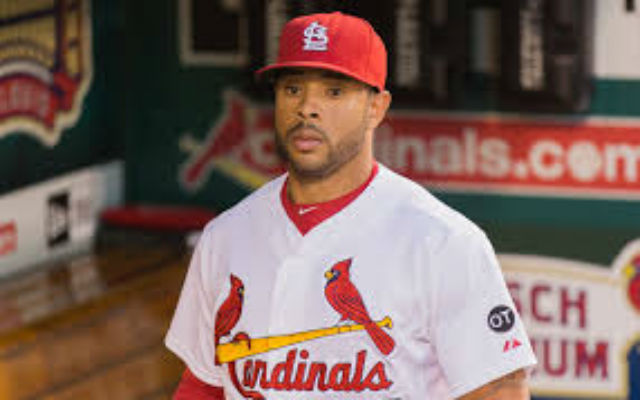 The Tampa Bay Rays and St. Louis Cardinals completed a trade on Tuesday morning, just hours before the 2018 MLB Trade Deadline. The Cardinals will send Pham and $500,000 in international bonus pool money to the Tampa Bay Rays. In exchange, the Cardinals will receive Minor League prospects: Justin Williams, Genesis Cabrera, and Roel Ramirez. The clubs have not confirmed the deal, likely awaiting the results of physicals for each player.

Outfielder Tommy Pham had a long Minor League career prior to taking over the center field job with the St. Louis Cardinals. Pham broke onto the scene last season with the Cardinals and appeared to be one of the up and coming stars in the National League. Pham his .306 with a .520 slugging percentage in 2017. He also blasted 23 homers in his first full season in the Major Leagues. He also proved that he is one of the best defensive outfielders in the National League.

Pham is under team control through the 2021 season and is making just $570,000 this season. He will become eligible for arbitration for the first time in his career following the 2018 season. The Cardinals tried to sign Pham to a two-year extension prior to the season, but Pham reportedly rejected the offer. The 30-year-old is hitting .248 with 14 bombs and 41 runs batted in this year. The outspoken Pham will now be a centerpiece on the rebuilding Tampa Bay Rays.

The Cardinals have been busy in advance of the trade deadline and fired manager Mike Matheny prior to the All-Star break. St. Louis has made several trades in an effort to try to improve their struggling bullpen. The Cardinals have one of the best Minor League systems in baseball and will be adding three talented prospects in this deal.

Outfielder Justin Williams is the prize prospect that is headed to St. Louis. Williams is the 14th ranked prospect in the Rays organization and made his MLB debut earlier this season for Tampa. He is hitting .258 with eight homers for Triple-A Durham this season. Williams was selected in the second round by the Arizona Diamondbacks in the 2013 MLB Draft.

Lefty Genesis Cabrera has made 20 starts for Double-A Montgomery this season. The 21-year-old has a 7-6 record and sports a 4.20 earned run average in those 20 Double-A starts. Righty Roel Ramirez is also pitching for Double-A Montgomery in the Rays organization. He is 3-1 with a 2.53 ERA at two different levels of Minor-League ball this season. Both pitchers will join a young and deep crop of Cardinals pitching prospects.

Join us on Telegram to get even more free tips!
« Braves, Red Sox Make Moves
Indians, Diamondbacks Make Deadline Deals »
SportingPedia covers the latest news and predictions in the sports industry. Here you can also find extensive guides for betting on Soccer, NFL, NBA, NHL, Tennis, Horses as well as reviews of the most trusted betting sites.
MLB Betting Tips, Predictions and Odds 241