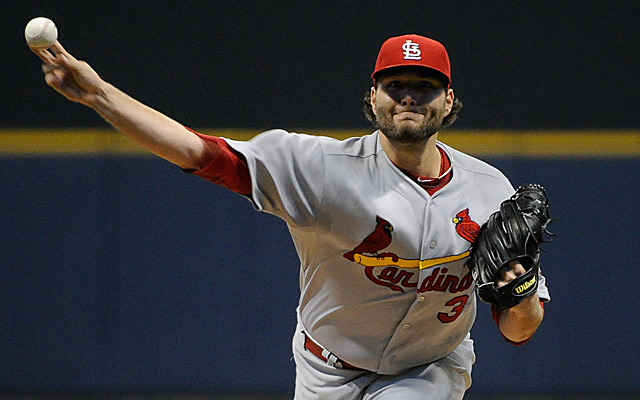 The Yankees continue to stay busy ahead of the trade deadline on Tuesday afternoon. On Monday night, the Yankees announced that they have acquired veteran right-hander Lance Lynn from the Minnesota Twins. New York will send first baseman Tyler Austin and Minor League pitcher Luis Rijo to the Minnesota Twins to complete the deal.

Lance Lynn has struggled in his first year with the Minnesota Twins after signing a one year 12 million dollar deal this past offseason. Lynn did not sign until very late in the offseason, and had limited time to prepare for the 2018 season and it has cost him. The veteran has a 5.10 earned run average in 20 starts for the Twins this season. The Yankees will about half of the 4.5 million dollars still owed to him this season.

Lynn spent the first six seasons of his career with the St. Louis Cardinals. He was a consistent pitcher for St. Louis, and won the 2011 World Series with the Cardinals as a rookie pitcher. Tommy John surgery forced Lynn to miss the entire 2016 season, but he came back strong in 2017. He led the National League with 33 made starts in 2017, before leaving St. Louis as a free agent.

First baseman Tyler Austin is the big piece that is headed to Minnesota. Austin appeared in 34 games for the New York Yankees this season after making the 2018 Opening Day roster. He hit .223 with eight homers and 23 runs batted in while a member of the Yankees. Since being optioned to Triple-A Scranton/Wilkes-Barre, he has hit .247 with five homers.

The 19-year old Rijo has been pitching in the lower levels in the Yankees organization. The Yankees signed the Venezuelan product in 2015 and he appears to be a solid prospect. He is 4-1 with a 2.77 earned run average in 7 appearances this season.

The Yankees have made shoring up their starting rotation a priority before the end of July. New York recently acquired J.A. Happ from the Toronto Blue Jays. Happ made his debut for the Yankees on July 26th and earned the victory over the Kansas City Royals. Happ allowed just three hits, and one run in his six innings pitched in that start.

New York also improved their bullpen earlier last week, adding a hard-throwing lefty, Zach Britton from the Baltimore Orioles. Britton now gives the Yankees the strongest bullpen in the American League, and one of the deepest bullpens in recent memory. New York also agreed to trade away reliever Adam Warren to the Seattle Mariners in exchange for international signing bonus slot money.

Join us on Telegram to get even more free tips!
« Astros Acquire Osuna
Braves, Red Sox Make Moves »
SportingPedia covers the latest news and predictions in the sports industry. Here you can also find extensive guides for betting on Soccer, NFL, NBA, NHL, Tennis, Horses as well as reviews of the most trusted betting sites.
MLB Betting Tips, Predictions and Odds 241