Forsling to Miss Games, and Other Blackhawks News 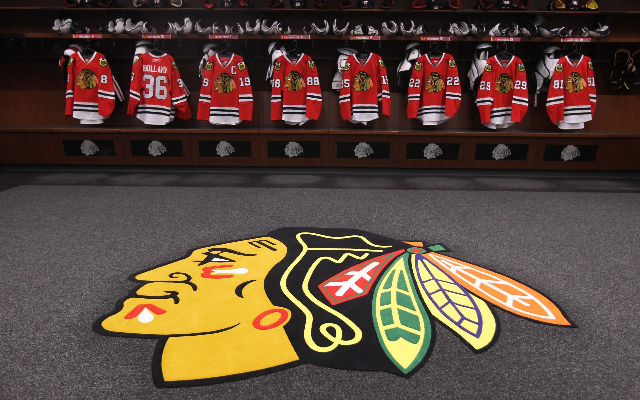 Young Blackhawks defenseman Gustav Forsling is expected to miss a significant amount of games this coming season.  It was reported by the Chicago Tribune that the amount of time is expected to be about 14 weeks.  He is having wrist surgery coming up, which is never easy to recover from. Forsling has been a part-time defenseman for the past two seasons, having appeared in 79 games.  During this time, he has recorded 18 points. He has also had two stints in the AHL for Chicago’s Rockford IceHogs, suiting up 48 times for the affiliate. He has 8 AHL points so far.  He has also shown himself to be a fairly well-disciplined defenseman, as he only served 12 penalty minutes in the NHL.

The status of goalie Corey Crawford has been the subject of much conversation by Chicago and NHL Central Division fans throughout this offseason.  While the coaching and management staff seem to think the two-time William Jennings trophy winner will be around when training camp comes, Crawford seemed to be avoiding any absolutes when he met with the media last Friday. MSN Sports reported Crawford as having said: “I am feeling pretty good right now. I am not at 100 percent yet,” said Crawford, “But we’ve come a long way in the last couple months and I worked really hard to do whatever I can to get better and I’m excited to be here right now and see all the guys and get that feeling of being back in it.”.  The fact that Crawford hasn’t skated also makes the odds seem long. However, without giving any sort of timetable, the Chicago goalie had this to say about being good enough to compete for a Vezina trophy:

Joel Quenneville’s Career, and His Thoughts on the Team

Chicago coach Joel Quenneville has a contract with the Blackhawks that lasts two more seasons.  One would think that the coach who has a pedigree of winning Stanley Cups (2010, 2013, and 2015 coaching the Blackhawks).  In fact, he has coached in the NHL for 22 years and for three different teams. In only three of those seasons did he not coach in the Stanley Cup Playoffs (Excluding the lockout canceled 2004-05 season).  Those years were this past year, 2006-07 with the Avalanche, and 2003-04, a season in which he was fired by the Blues despite a winning record at the time. That 86.3% playoff percentage is impressive in itself, excluding the possibility that he could have made the canceled 2005 playoffs as well.

These compiled successful seasons have made quite a resume for Quenneville.  In 2016, he passed Al Arbour for sole possession of second on the all-time wins leaderboard for an NHL coach.  He has 884 wins under his belt so far, and will likely pass the 900 mark at some point this season with Chicago.  He is still, however, 360 wins short of the great Scotty Bowman for the most all time.  If Quenneville wants to coach until he is 70, as some coaches do, he may have a chance of breaking that record and cementing himself into NHL immortality.  However, that mark must look miles away for the 59-year-old.

While he didn’t comment on his own future, Quenneville did have some words regarding the upcoming season: “As a staff, as a team, as individual players, that’s what drives us in this business: You think that you can win. We all saw a team last year, probably not a person in the world would have thought Vegas had a real legitimate chance of being a champion. Colorado, non-playoff team last in the league, all of a sudden makes the playoffs and anything can happen.”

It’s hard to blame a man who has had 1 total losing season in his career for his confidence.

Join us on Telegram to get even more free tips!
« Vancouver Top Pick Staying in Ann Arbor
Spooner Agrees to New Deal with Rangers »
SportingPedia covers the latest news and predictions in the sports industry. Here you can also find extensive guides for betting on Soccer, NFL, NBA, NHL, Tennis, Horses as well as reviews of the most trusted betting sites.
NHL Betting Tips, Predictions and Odds 800