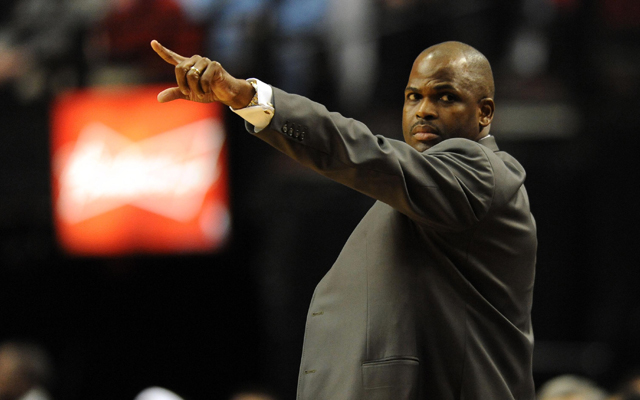 Nate McMillan has spent 18 of the past 19 years working as a coach in the NBA. For the most part, his time is looked at as being successful. After taking the Pacers to the postseason each of the past two years, he is being given an extension for his hard work. Read below as we go through the career coaching arc of McMillan, which has led up to this moment.

McMillan, at 36 years of age, began his coaching career as an assistant with the Seattle SuperSonics. After two years in that post, he took over early in the 2000-01 season as the team’s head coach. During his second year he took to the team to the postseason, where they lost in five games in the opening round. It would be three years before their next appearance, where they reached the second round. He would take his coaching talents to Portland, then rebuilding.

His first two years in Portland were nothing to write home about, winning 21 and 32 games respectively. The team finished at .500 in his third year, and proceeded to qualify for the postseason in year four. For the next three seasons, Portland would win 48+ games in the regular season, but get knocked out of the first round of the playoffs in six games. After a 20-23 start to the 2011-12 season, he was canned and then took the next year and a half off.

He was hired as the associate head coach of the Pacers in 2013-14, a position he held for three years under Frank Vogel. After the team wasn’t meeting expectations, they fired Vogle after that 2015-16 season. It was McMillan’s turn to be a head coach again. His team was not very impressive in the 2015-16 season, just barely qualifying for the postseason. They lost Paul George in the following offseason, as they dealt him to OKC for Victor Oladipo (who had failed to meet expectations), and second-year big man Domantas Sabonis. Surprising to everybody but the players involved, Indiana turned out to win the trade.

Not considered by any around the league to be playoff contenders, the Pacers went 48-34, Oladipo turned into a bonafide star, and they took the Cavs to seven games, nearly becoming the first team to EVER beat LeBron in the first round. McMillan instilled a culture of working hard and playing as a team, and it really worked out. He was a great leader for this bunch, taking them within a game of that second round.

The extension that he is getting is well deserved, as he took a pretty talented roster, and got maximum effort every single night. Oladipo has been working his tail off since the season ended to try and improve, while the team also added Tyreke Evans to an already potent bench attack. This team is going to be scary next year, and has to be looked as a dark-horse contender to make it to the Eastern Conference Finals.

Join us on Telegram to get even more free tips!
« Houston Rockets Looking to Make Deal
Nate Robinson: Basketball Career Back on Track in Lebanon »
SportingPedia covers the latest news and predictions in the sports industry. Here you can also find extensive guides for betting on Soccer, NFL, NBA, NHL, Tennis, Horses as well as reviews of the most trusted betting sites.
NBA Betting Tips, Predictions and Odds 1385