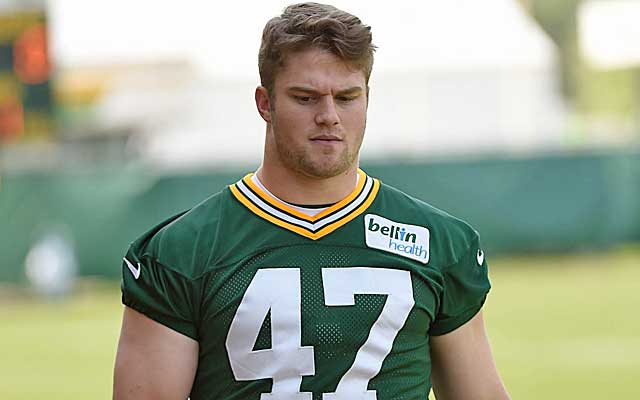 There is bad news coming out of Green Bay training camp today as linebacker Jake Ryan is reportedly done for the season. The projected starter has been diagnosed with a tear of his ACL that will put him on the shelf for the entirety of the 2018 NFL season. Ryan was a solid player for the Packers last season, helping to stabilize a somewhat suspect linebacker corps for the questionable defense.

Although his statistics are not eye-popping by any stretch, the linebacker graded out as a top-20 linebacker across the league, according to Pro Football Focus. Ryan finished 2017 with 79 tackles, a sack, and a forced fumble. However, his most valuable attribute was his ability to be on the field for over five hundred snaps last season and anchoring that linebacker unit. He was penned in to start at linebacker for the 28th time in a Packers uniform for week one of the 2018 season. Now, the Packers will have to rely on younger, inexperienced players to fill that void next to veteran Blake Martinez. The most likely candidate for that position is third-round draft pick Oren Burks out of Vanderbilt University. Burks, like Ryan, made a name for himself in the SEC by solid tackling and stuffing the run. Regardless, new defensive coordinator Mike Pettine will have his work cut out for him with this injury on his side of the ball.

There have been plenty of rumors coming out of New England regarding the franchise’s interest in unsigned veteran wide receiver Eric Decker. The cause of these rumors are directly related to news of Jordan Matthews hamstring injury suffered this week in camp. Matthews was brought in to add size to a small, shifty wide receiving corps, but those plans appear to be on hold. Not much news is coming from Belicheck or others around the Patriots organization regarding the seriousness of the injury, but what has come out is that the hamstring injury is “significant” and that the possession receiver will miss regular season football games.

Due to this injury, the speculation around Eric Decker makes sense. He is a big, physical receiver who is probably more suited to play the slot at this point in his career. Those are the exact traits that made the Patriots go out and snag Matthews. Decker has become somewhat of a forgotten man across the league, despite putting up decent numbers last season in a somewhat pedestrian offense. The big-bodied receiver managed 54 catches and 563 yards last season for the Tennessee Titans.

Join us on Telegram to get even more free tips!
« Stefon Diggs Cashes In
Cyprien Done, Titans Seek Veteran Help »
SportingPedia covers the latest news and predictions in the sports industry. Here you can also find extensive guides for betting on Soccer, NFL, NBA, NHL, Tennis, Horses as well as reviews of the most trusted betting sites.
NFL Betting Tips, Predictions and Odds 332