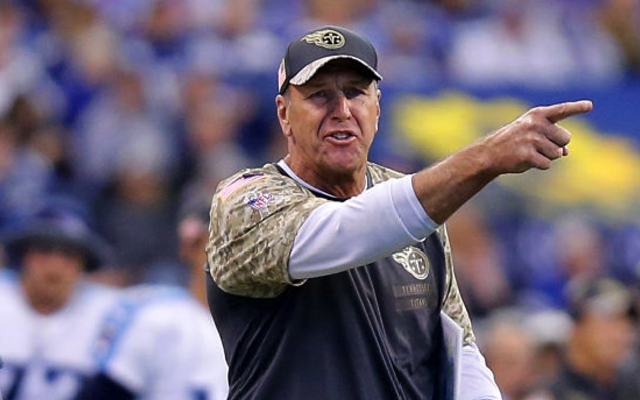 Tennessee Titans safety Johnathan Cyprien has been placed on the Injured Reserve list for the team. This move ends the season for the starting strong safety for last years playoff team. The injury was a torn ACL suffered in training camp for the 28 year old. This season is the second year of a four year deal Cyprien signed with the Titans prior to the 2017 season. However, this injury may make it his last as the Titans can release Cyprien after the season to save around $5M due to his contract only having $9M in guaranteed money.

Cyprien only played in ten games for the Titans last season as he had a hamstring injury that lingered all season. When he was on the field, he was rather ineffective. In 2017, Cyprien recorded 57 tackles and a sack while playing in only ten games. Pro Football Focus also had Cyprien rated as one of the ten worst safeties in the league for players who played enough snaps to qualify for the metrics. Due to this, Cyprien’s time in Tennessee has probably come to an end when the financial cost is weighed against the on-field production.

The Titans have wasted no time in seeking out Cyprien’s replacement. All signs at this time point to the team looking outside of their current roster for starting safety help. That does not bode well for current roster safeties Kendrick Lewis, Brynden Trawick, and Dane Cruikshank.

Former Saints starter Kenny Vaccaro is already set to meet with the Titans on August 3rd. On paper, he was a more productive player than Cyprien in 2017, accounting for 60 tackles, 2 sacks, and 3 interceptions. Vaccaro met with the Dolphins, Colts, and Jets earlier this offseason, but left all three cities without a deal in place. Based on experience and his flashes of ballhawking, Vaccaro seems to be a certain upgrade over the guys currently on the roster. Vaccaro would likely be an upgrade from a healthy Cyprien as well.

Eric Reid is also a name that has been floated around Nashville as a veteran replacement for Cyprien. Reid is certainly talented enough to be rostered and to start in the NFL, but he believes that he has been somewhat blacklisted due to his leadership in the national anthem protests. Reid has filed a grievance against the NFL, but Tennessee may buck the trend of blackballing the talented safety. Reid is an above-average NFL safety. If he ends up in Tennessee, he could change the entire back end of that defense.

Former Steelers safety Mike Mitchell is also headed to Tennessee for a visit with the team on August 3rd. Mitchell is a decent run support safety but really struggles against the pass. If the Titans make this move, it will simply be to bring in some experience and some of that toughness that Pittsburgh has been known for in recent years. A Mitchell signing should excite no one in Nashville, but you know what could? How about Earl Thomas on a one-way flight from Seattle to Nashville.

Join us on Telegram to get even more free tips!
« Packers’ Ryan, Patriots’ Matthews Suffer Injuries
Opening Night Filled With Legends, Sloppy Offense »
SportingPedia covers the latest news and predictions in the sports industry. Here you can also find extensive guides for betting on Soccer, NFL, NBA, NHL, Tennis, Horses as well as reviews of the most trusted betting sites.
NFL Betting Tips, Predictions and Odds 332