Nate Robinson: Basketball Career Back on Track in Lebanon 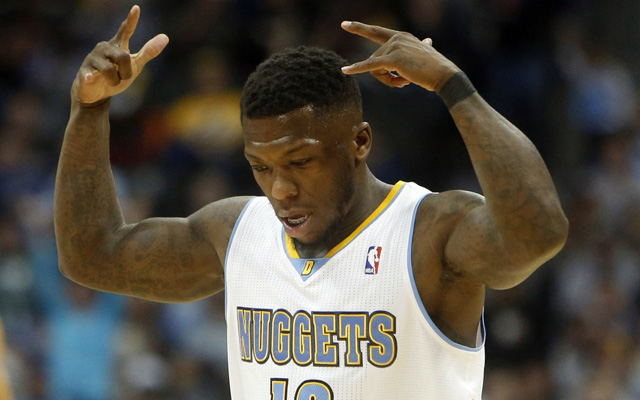 Nate Robinson. When he first came into the league and took it by storm, he was playing for the Knicks. He hit the top in his fourth season, where he averaged 17 points per game off the NYK bench. He was traded to the Celtics during the following season, and to the Thunder in the season after that. Robinson signed with the Warriors during the lockout-shortened 2011-12 season after Steph Curry suffered a season-ending injury.

That was three years ago, the last time we saw Nate suit up in an NBA game. He’s currently 34-years-old but has got something left in the tank. Throughout his first BIG3 season, he has been a source of instant offense for the Tri State team. Playing with NBA greats like Amare Stoudemire and Jermaine O’Neal, he has rediscovered his scoring touch and has been burying the three ball with consistency. It’s almost like he’s back in New York, playing under the lights every week again.

While Robinson is shining now, it wasn’t clear he’d ever play any level of pro ball again. He dabbled in football for a little while, even earning a tryout with his hometown Seattle Seahawks. It was unclear how seriously this was taken, but nevertheless it did not work out. He got back in the gym, and then joined the second season of BIG3, where he’s a key cog on one of the league’s top teams. It should really surprise nobody that he’s playing so well, as when you think of Robinson, you think of a player who is a defensive liability, but who could provide you a microwave shooter.

This is an opportunity that Robinson certainly won’t be taking for granted, as his NBA window is not fully closed yet. Josh Childress, also playing in the 3-on-3 league, got an NBA tryout from the Denver Nuggets after they saw his performances a year ago. A strong finish to his BIG3 season, and then a legitimate campaign over in Lebanon, and Nate is back on track. If we want to see him dunk on Dwight Howard again, he’s got to be on his way back!

Join us on Telegram to get even more free tips!
« Nate McMillan: Hidden Gem in Coaching, Given Extension
Dion Waiters: Large Salary, Mixed Results »
SportingPedia covers the latest news and predictions in the sports industry. Here you can also find extensive guides for betting on Soccer, NFL, NBA, NHL, Tennis, Horses as well as reviews of the most trusted betting sites.
NBA Betting Tips, Predictions and Odds 1346