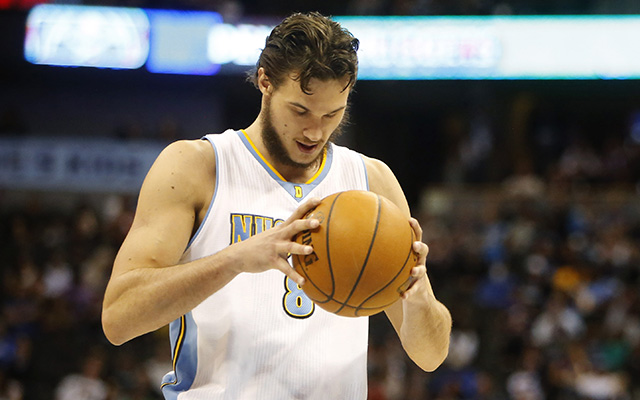 After signing a 3-year, $65 million deal with the Clippers last offseason, Danilo Gallinari was expected to play a big role for the Clippers. He would go on to appear in just 21 games, however, and the team suffered as a result. After being named the MVP of the NBA Africa Game, it’s clear just what this team was missing last year. Read below as to why Gallo’s health is so vital to LA’s playoff hopes.

For starters, the Clippers aren’t the only team that has had to deal with this. Since playing 81 games in his second year in the league (with the Knicks), Gallinari has played more than 63 games just once. He missed the 2013-14 season with a torn ACL and missed 23 more games the following year after his comeback. Out of a grand total of 820 possible games played, Gallinari has only appeared in 481 of them over the course of his career.

The signing of Gallinari was supposed to give the Clippers their best small forward since (arguably) Corey Maggette. Luc Mbah a Moute, Lance Stephenson, Matt Barnes, and Caron Butler were the best players they had at the position over the prior years, and none of them were big name players at that point in their respective careers. Last year, a number of different players had to fill in while he was out, including Wesley Johnson, rookie Sindarius Thornwell, and Tyrone Wallace. The production was not what it could have been, not even close.

There is great importance that he stays healthy this year, as the Clippers have a very unique team coming in to this season. They added a new center in Marcin Gortat, re-signed Avery Bradley to be their starting 2-guard, and Patrick Beverley, who played just 12 games last year, will be making his return. Not to mention, they have the league’s best sixth man, Louis Williams, under contract for the next few years after he signed an extension last season. The western conference is going to be extremely competitive, and they will need all the help that they are able to get.

Gallinari’s biggest strength is his ability to knock down a the three-ball. A 6’10 forward who shoots the ball from over his head, his shot is almost impossible to block. A career 36.7% shooter from the outside, he has made 872 threes in his career. He is a 4X 1,000-point scorer, and the most impressive part of that is two of those seasons have come when he’s played in 53 and 63 games, respectively. He is sometimes able to provide offense that few others can for a team.

The opportunity for a big year is there for Gallinari, and if he stays healthy, he and Tobias Harris will be a dynamic forward duo for the Clippers. FOR SURE.

Join us on Telegram to get even more free tips!
« Drummond Looking to Improve Outside Game
Knicks Transition Season May be Worth Watching in 2019 »
SportingPedia covers the latest news and predictions in the sports industry. Here you can also find extensive guides for betting on Soccer, NFL, NBA, NHL, Tennis, Horses as well as reviews of the most trusted betting sites.
NBA Betting Tips, Predictions and Odds 1369