Drummond Looking to Improve Outside Game 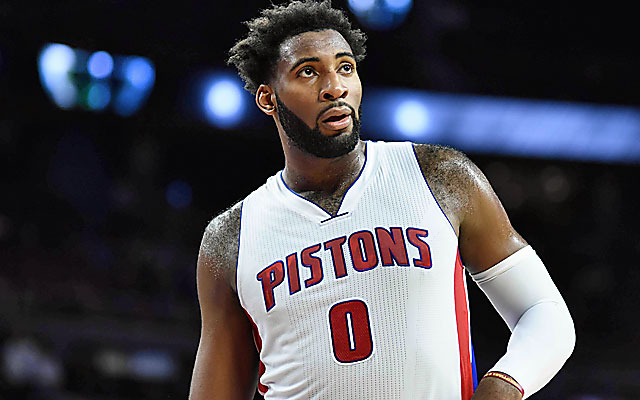 The pro game has really shifted in recent years, as a number of NBA centers have extended their game beyond the three-point line. Veterans Brook Lopez and Marc Gasol have become very successful stretch 5’s, while the young Karl-Anthony Towns has become a knockdown shooter from deep. The latest to try is… Andre Drummond?

Yep, you read that right. Andre Drummond has been in the gym a lot this summer and getting a lot of threes up. He doesn’t leave until he makes at least 200 corner threes, and has been starting to develop his form. Through the first six years of his career, Drummond has only made five threes on thirty attempts, including going 0-11 in 2017-18. It has never been a part of his game, and we’ve not seen many long twos either.

One thing that we have seen a lot of from Drummond the past couple of seasons, has been the floater. A shot he has clearly put a lot of time into, he has been throwing them up from out to fifteen feet. It hasn’t exactly been a game changer for the Pistons, but it’s a comfortable look for him.

Drummond hasn’t needed a real jump shot to earn all of his accolades through six seasons. 2X All Star, 1X All NBA, 2X rebounding champ, and five straight years of averaging between 13.8 and 16.0 boards per game. He shot over 50% from the foul line (60.5%) for the first time in his career last year. But, if he wants to take his game to the next level and be a real game-changing player, he needs the three.

With Blake Griffin now in the fold, they’ve got a big man who can pass like a point guard, drive like a small forward, and shoot like a specialist. If you put a big guy who can shoot the ball from the outside next to him, you will have a very dynamic pairing. With Dwane Casey now coaching, this is something that could really work. Serge Ibaka was an efficient three-point shooter in Toronto last year, while Jonas Valanciunas put a lot of time into working on his outside shot. They were able to spread the floor efficiently and open up driving lanes in large part thanks to this.

Now that he has become a (somewhat) respectable foul shooter, the Pistons no longer have any reason to take Andre Drummond out of the game in late situations in case of intentional fouls and forced free-throw attempts. If he can add a jumper to his game, there is no reason he couldn’t become a key closer for his team. Averaging a career-high three assists per game last season, Drummond was able to set up a lot of his teammates for open looks while operating as a primary playmaker in the half court.

Come next season, we can expect Drummond to be firing up at least 1-2 threes per night. If he’s working on it as much as he says, then he’s due for a major year, and these Pistons are coming. Watch out.

Join us on Telegram to get even more free tips!
« Dion Waiters: Large Salary, Mixed Results
Clippers Seeking Big Role from Gallinari »
SportingPedia covers the latest news and predictions in the sports industry. Here you can also find extensive guides for betting on Soccer, NFL, NBA, NHL, Tennis, Horses as well as reviews of the most trusted betting sites.
NBA Betting Tips, Predictions and Odds 1369