Knicks Transition Season May be Worth Watching in 2019 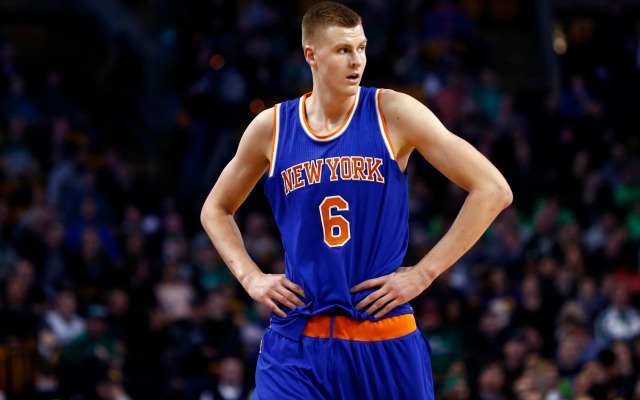 A team that we’re not quite sure of heading into next season, the New York Knicks have had a very solid offseason. The drafting of Kevin Knox looks to be a good move, while they’ve added Noah Vonleh and Mario Hezonja. They brought in Kadeem Allen for point-guard depth. Mitchell Robinson is also looking like a legit center prospect. Read below for a little preview of this team.

If the season started today, the Knicks would be likely rolling out a starting five of Trey Burke, Frank Nitlikina, Tim Hardaway Jr., Kevin Knox, and Enes Kanter. While Kristaps rehabs, the team will likely be experimenting a number of different lineups. With this one, you have a point guard who can create his own shot and is a knockdown shooter. A shooting guard who is already a vicious defender and secondary playmaker. A small forward who shoots the lights out. A stretch-four who is going to go all out to prove his worth. And a center who will get a double-double every single night. Not bad at all.

Immediately off the bench, you have Emmanuel Mudiay, Courtney Lee, Noah Vonleh, Mario Hezonja, and rookie Mitchell Robinson. Mudiay is a good passer, while Lee is a phenomenal two-way, 3-and-D guy. When Hezonja gets hot, he is truly as dangerous a player as anybody in the NBA. Vonleh is a solid rebounder and get the jumpers to go through. Robinson, when he comes in for Kanter, will continue to bring a lot of energy, and he can also spread the floor a bit. A nice bench squad for NY. Plus, Lance Thomas, who is right now the 11th man, is a fantastic defender who can knock down the three.

With a new coach in David Fizdale, fired way too sign by the Grizzlies, the Knicks look to have the man to eventually lead them back to the postseason. He had done a very good job in Memphis, only to be fired after an unfortunate losing streak early in the 2017-18 season. Well, he’ll be yelling “TAKE THAT FOR DATA!” in Memphis’ direction as he helps the Knicks become relevant again.

When Kristaps Porzingis eventually comes back, this team is going to be very dangerous. They will be able to roll out lineups with him playing at the center spot, with four other shooters around him. That opens the court like nothing else can. In the meantime, the key storylines to watch this team are Frank Ntilikina’s development, how Kevin Knox’s game translates to the NBA, if Trey Burke can keep up how he played last year, and if Mario Hezonja can prove to be good enough to sign a long-term contract.

This is a team in transition, who will be very fun to watch this season. They lost Michael Beasley, but retained most other free agents of theirs, and drafted very well. The Knicks will not be bottom-feeders in 2018-19.

Join us on Telegram to get even more free tips!
« Clippers Seeking Big Role from Gallinari
Sam Dekker Traded to Cleveland Cavaliers »
SportingPedia covers the latest news and predictions in the sports industry. Here you can also find extensive guides for betting on Soccer, NFL, NBA, NHL, Tennis, Horses as well as reviews of the most trusted betting sites.
NBA Betting Tips, Predictions and Odds 1385