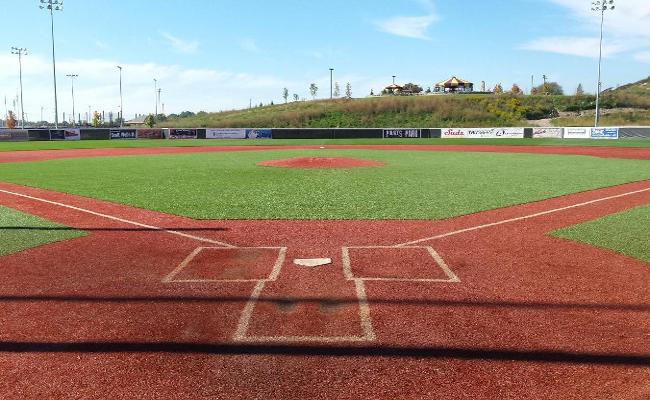 The Washington Nationals continue to make changes to their struggling bullpen, making a pair of moves late Sunday. Washington agreed to trade Shawn Kelley to the Oakland Athletics, and are signing Greg Holland according to league sources. The team traded away reliever Brandon Kintzler to the Chicago Cubs before the trade deadline.

The Nationals are agreeing to trade Kelley, who was designated for assignment, to the Oakland Athletics for international slot money. Washington designated Kelley for assignment after the reliever threw a tantrum on the mound in a game last week. The club felt that Kelley was expressing frustration for being put into a blowout game, but Kelley maintained that he was upset with the umpiring crew. General manager Mike Rizzo called Kelley’s tantrum a “selfish act” and quickly got rid of the reliever the next day.

Kelley is in the final year of his contract after signing a three year, $15 million deal prior to the start of the 2016 season. The addition of Kelley gives the Oakland Athletics another weapon to come out of their already talented bullpen. The A’s bullpen has the fifth-best earned run average in all of baseball at 3.34. Kelley will join All-Star closer Blake Treinen and dominant set up man Lou Trivino in the Oakland bullpen. The A’s acquired former Mets closer Jeurys Familia prior to the trade deadline.

Kelley, 34, is in his 10th season in the Major Leagues. He has pitched for the Mariners, Yankees, Padres, and Nationals and has had success in all of those stops. Kelly has a career record of 26-23 to go along with a 3.73 career earned run average. The A’s hold a 2.5 game lead over the Seattle Mariners for the second Wild Card spot in the American League. Kelley is expected to join the A’s this week.

To replace the loss of Kelley, the Nationals are signing former All-Star closer Greg Holland. Holland was released by the St. Louis Cardinals last week, as the Cardinals made several changes to their struggling bullpen. The Cardinals signed Holland to a one-year 14 million dollar deal during spring training, but the deal never panned out for either side.

Holland struggled right out of the gate, and was eventually taken out of the closer’s role for the Cardinals. He finished his brief stint with the Cardinals with a 7.92 earned run average in 32 appearances. He also struggled to stay healthy, and spent nearly a month on the disabled list with a right hip impingement.

The Nationals are hoping that Holland can return to the pitcher that he was with both the Royals and Rockies. The three-time All-Star was one of the most dominant relief pitchers in baseball from 2013-17. Last season Holland recorded 41 saves in 45 chances while a member of the Colorado Rockies, and posted a 3.61 earned run average. Holland will likely be the setup man in front of All-Star closer Sean Doolittle. The Nationals trail the Philadelphia Phillies by six games in the National League East.

Join us on Telegram to get even more free tips!
« Trout Out, Harper Playing On Sunday
Rick Ankiel Looking to Return to Major League Baseball »
SportingPedia covers the latest news and predictions in the sports industry. Here you can also find extensive guides for betting on Soccer, NFL, NBA, NHL, Tennis, Horses as well as reviews of the most trusted betting sites.
MLB Betting Tips, Predictions and Odds 241