Five Coaches On the Hot Seat 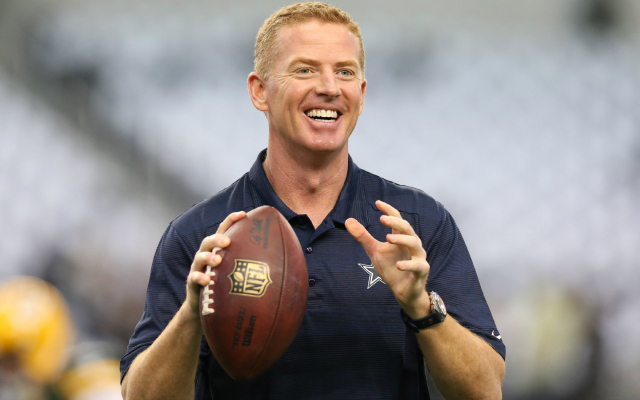 As the 2018 season rolls around and the teams begin to take the field, let us take a look at a few head coaches around the league who should be coaching for their jobs this year.

The Cowboys are only two years away from a 13-3 season when Dak and Elliott took the world by storm. However, last year “America’s Team” slipped back into mediocrity, a common theme for the Garrett-led Cowboys. Garrett has been the man in charge for eight years in Dallas and only has two playoff berths in his tenure. He has one win in those two appearances, which has some in Dallas scratching their head as to why Jerry Jones has been so patient. The Eagles are world-beaters, but the Five Coaches On the Hot Seat should be better than the Redskins and Giants. Getting into the playoffs is the only thing that saves Garrett’s job.

Everyone knows the record, everyone knows what has happened in Cleveland the past two seasons. When discussing Jackson’s job security, you can forget all that. What new GM John Dorsey is going to want to see is tangible progress. The Browns have a serviceable NFL quarterback with Baker Mayfield waiting in the wings. This team should win some games. This team should not be an utter embarrassment. The pressure on Jackson is not to get to the playoffs, but simply point the gauge in the right direction. The Browns need to win some games, play close games, see progress out of young players, or Dorsey will move in another direction.

Is anything going right for Koetter in Tampa Bay right now? He was kept around because of his ability to turn Jameis Winston into a star. Now he is without Winston for the beginning of the season and his debut last year was a dud for both the team and Winston individually. More bad news for Koetter is that he is playing in the NFL’s toughest division. There will not be many wins to be had against Atlanta, New Orleans and Carolina. Koetter will be out of a job by the end of the season and Tampa Bay will be shopping for a new coach and perhaps a new franchise quarterback.

New quarterback, same middling, average roster for Jay Gruden and the Redskins. The team will look different for the first time in years with Alex Smith behind center and Derrius Guice running the ball and these two players may have Gruden’s fate in their hands. Gruden has a tall task ahead of him, playing in the same division as the Super Bowl champ Philadelphia Eagles, but there are some wins to be had. It will take a good coaching year for Gruden to keep his job come February. Also, big brother Job is back in the game, so everything he does will be under the microscope. Gruden should win around 7-8 games, but will that be enough to save his job?

Year one in Denver for Joseph was a complete disaster. This is not a fan base that is used to losing. However, the Broncos have yet to find a quarterback since Manning retired after winning the Super Bowl. That excuse will not fly anymore for John Elway, as he went out and got Case Keenum to run the offense. Joseph still has an elite defense and now Elway has given him a quarterback. The message to Joseph is clear: win this year or get your pink slip.

Join us on Telegram to get even more free tips!
« Corey Coleman Traded to Bills
Latest on Odell Beckham Jr. Negotiations »
SportingPedia covers the latest news and predictions in the sports industry. Here you can also find extensive guides for betting on Soccer, NFL, NBA, NHL, Tennis, Horses as well as reviews of the most trusted betting sites.
NFL Betting Tips, Predictions and Odds 332