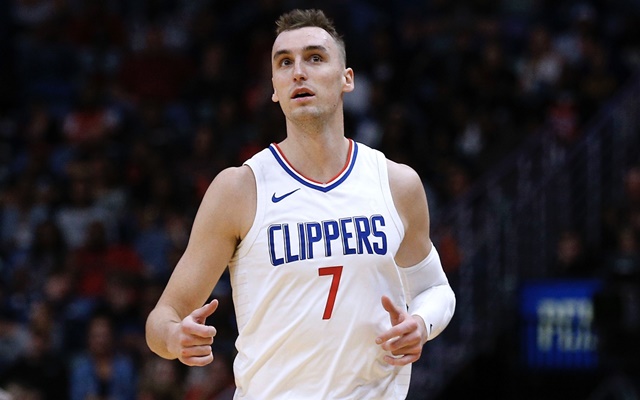 Though his NBA career hasn’t quite gotten off to the start he had hoped for, Sam Dekker is at least still in the league. He’ll be joining his third team in three years after the Clippers just moved him to Cleveland.

Dekker played three years at the University of Wisconsin, playing mostly as a sixth man his first season, averaging around 10 points and four rebounds per game, shooting 39% from three. In his second year he joined the starting lineup, upping his total to 12.4 points and 6.1 rebounds per game. He shot just 32.6% from deep, but shot 47% from the floor in all. And then in his junior season, Dekker averaged 14 points and six rebounds per game, shooting an astounding 52.5% from the floor. He was also named to the NCAA All-Tournament team. His strong play in the NCAA’s earned him the opportunity to get drafted, eighteenth overall by the Houston Rockets.

Unfortunately, his career didn’t blast off in Houston like some expected, as back surgery would limit him to just three games. In six minutes of action, he recorded just one rebound and one steal that season, never even getting a single shot attempt up. In year two, he would play in 77 games, averaging 6.5 points and four rebounds per game. He shot 47.3 % from the floor and 32% from downtown. He was a solid defender and shot taker for the bench squad.

In the offseason, he was one of seven Rockets players sent to LA in exchange for Chris Paul. In his year in LA, he played in 73 games, averaging 12 minutes a night. His totals dropped off, as he shot just 16.7% from three (49% from the floor in all), averaging four points and 2.5 rebounds per game. He has now been moved again, as the Clippers have sent him over to Cleveland.

There are a lot of possible minutes available at the small forward position in Cleveland now that LeBron James has taken his talents to LA. The team lost Jeff Green in free agency, and are reportedly trying to move Kyle Korver. The battle for minutes at the small forward spot will likely be between JR Smith (depending if they want to pair any two out of Clarkson/Hill/Sexton), Cedi Osman, and Dekker himself. He’s a lengthy wing who can also efficiently get to the rim. It’s a year where he may have a real chance to prove himself.

While Dekker was frequently in the lineup for both the Rockets and Clippers the past few years, he hasn’t seemed to have been a guy they’ve entrusted with major opportunities. That is something that will definitely change with Ty Lue, who could use a guy with the hard-working mentality of Sammy D.

The fit seems to be perfect, and we’ll just have to wait on the results. This allows Dekker to be free to see the floor and not be part of a team with tremendous depth as is.

Join us on Telegram to get even more free tips!
« Knicks Transition Season May be Worth Watching in 2019
Greg Monroe Adds New Team; Signs with Raptors »
SportingPedia covers the latest news and predictions in the sports industry. Here you can also find extensive guides for betting on Soccer, NFL, NBA, NHL, Tennis, Horses as well as reviews of the most trusted betting sites.
NBA Betting Tips, Predictions and Odds 1371