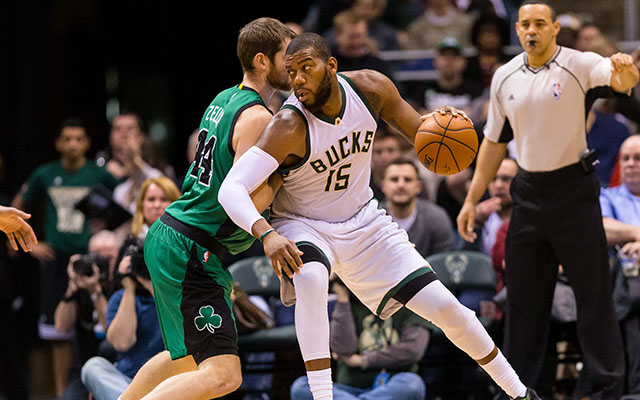 The journey continues! After signing a 1-year deal with the Raptors, Greg Monroe will be playing for his fourth team in the past two years, but more importantly, he’s staying in the NBA! Read below as we look at how he got here, and his potential impact.

The #7 pick out of Georgetown in 2010 by the Pistons, Monroe averaged 9.4 points per game, and 7.5 rebounds per game. He played in 80 of 82 games, and was selected as an All-Rookie member. He was a player that seemed to have a nice future in Detroit. He would average 15.4 points and 9.7 rebounds in the year that followed. And similar numbers in his third year.

After the Pistons drafted Andre Drummond in 2013, Monroe would slide over to the power forward spot, giving the team a big PF/C pairing. Monroe’s production didn’t take a hit, but the Pistons as a team definitely did. They were hardly able to space the floor, and they never went small. After two years of playing the power forward position, Monroe decided to sign a 3-year, $60 million deal with the Bucks.

In his first year, Monroe averaged 15 points and nine rebounds per game. However, in year two, he exclusively came off the bench. He was still productive, averaging 12 points and seven rebounds per game, but he couldn’t be happy about that. Five games into the 2017-18 season, Monroe was sent to Phoenix in exchange for Eric Bledsoe. Starting in 14 of the 20 games he played in, he averaged 11 points and eight boards per game. His season, however, would not end in Phoenix.

After being bought out by the Suns in February, Monroe took his talents to Boston, to help the injury-plagued Celtics. He averaged 10 points and six rebounds in 26 appearances. Throughout the postseason, he was there when they needed him. After being on the free agent market for a while, he was finally picked up by the Raptors yesterday.

There will definitely be some minutes for Monroe, as a backup, for the Raptors this year. His days as a sure-thing starter are over, but his time as a productive big man are not. With Jakob Poetl being dealt to the Spurs, and Lucas Nogueira not being re-signed, minutes behind Ibaka/Valanciunas have become available. He can rebound and finish inside of the paint very efficiently.

This is a winning move from the Raptors, to pick him up off the free-agent market. They get a ready-and-able big man who is ready to continue to contribute. His NBA road has been an interesting one, especially seeing as he played on three different teams last year. But, he’s going to continue to shine on the floor, while a number of other guys, currently free agents, will not get the same opportunity. The pairing will work out well, that’s for sure, as the Raptors are prime contenders in the East.

Don’t be surprised of Monroe’s Raptors face his former team, the Celtics, in the Eastern Conference Finals.

Join us on Telegram to get even more free tips!
« Sam Dekker Traded to Cleveland Cavaliers
New Orleans Inks Jhalil Okafor »
SportingPedia covers the latest news and predictions in the sports industry. Here you can also find extensive guides for betting on Soccer, NFL, NBA, NHL, Tennis, Horses as well as reviews of the most trusted betting sites.
NBA Betting Tips, Predictions and Odds 1346