A Look at the Legacy of Stan Mikita 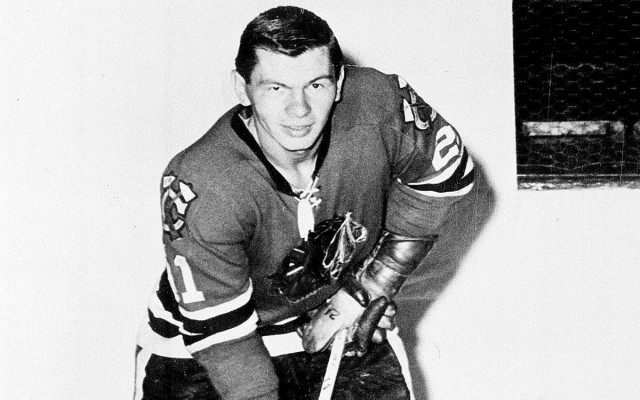 Stan Mikita died on Tuesday, August 7th, 2018, surrounded by family.  He was described as a man who “Fiercely loved” his family. He certainly left an impression on his family, and definitely left one on the National Hockey League.

After being born in the Slovak Republic, he moved to St. Catharines, Ontario as a child and was raised by his aunt and uncle.  His NHL career began during the 1958-59 season, in which he played 3 games with the then Black Hawks (The name was shortened to Blackhawks in 1986).  He had just one assist for his lone point that season. He began as a regular during the next season. He began the 60’s during that season by scoring 26 points in his true rookie season.  He went on to improve his scoring numbers throughout the 60’s, highlighted by two 97-point seasons.

One of the biggest turnarounds was his transition from being one of the dirtiest players in the league to one of the cleanest.  In 1964-65, he spent 154 minutes in the penalty box. Due to a comment from his young daughter who wondered why he was sitting down so often as she observed him in a game on TV, he cleaned up his game. Incidentally, the rest of his game improved as well.  The year after, he spent a little better than a third of those minutes in the box, and then lowered that to only 12 during the 1966-67 season. That season, he achieved a feat which no other player had ever done before or since he won the Hart Memorial Trophy, the Art Ross trophy, and the Lady Byng trophy (Given for sportsmanship) all in the same year.  He even was able to repeat this feat for a consecutive season in 1967-68.

Another famous part of Mikita’s career was the fact that he was said to have invented the curved stick.  Whether or not he invented it or just helped popularize it, it surely helped his game. He has said that he got his stick caught in a bench door on his way onto the ice, where it was bent.  He then realized that the curvature gave him an advantage on his shot. Soon, he and Bobby Hull were using their curved sticks en route to a 1961 Stanley Cup and careers worthy of two statues outside of the United Center in Chicago.

Mikita will surely be remembered for years to come, by both Blackhawks fans and fans of teams across the continent and overseas.  He will be remembered as a terrific player, and as a player who changed the game forever. He and any other players in his era brought the league into a new generation and paved the way for dynamic scorers such as Wayne Gretzky, Mario Lemieux, and Jaromir Jagr.

The Blackhawks expressed their condolences to the Mikita family and will be holding a public visitation at the United Center in Chicago on Sunday, August 12th, from 11:00am to 4:00pm.

Join us on Telegram to get even more free tips!
« Ducks Re
Red Wings Re »
SportingPedia covers the latest news and predictions in the sports industry. Here you can also find extensive guides for betting on Soccer, NFL, NBA, NHL, Tennis, Horses as well as reviews of the most trusted betting sites.
NHL Betting Tips, Predictions and Odds 800