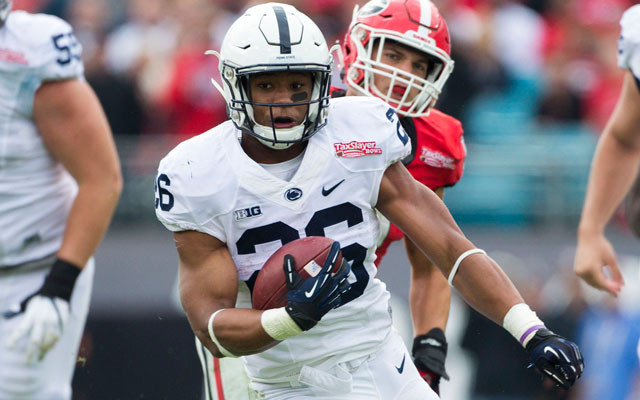 This was the first real week of preseason, the Hall of Fame game aside, so it was the first chance that many fans got to see their draft picks in action. Here are some rookie takeaways from Week 1 of the preseason:

Eagles rookie tight end Dallas Goedert out of South Dakota State had 4 catches for 66 yards and a touchdown against the Steelers on Thursday night. By no means will he pass up Zach Ertz for playing time on the defending Super Bowl champs, but Doug Pederson will have to find a way to get him on the field if he keeps performing at a high level. Goedert could easily fill the void left when Trey Burton went to Chicago in free agency.

Ravens first-round pick Lamar Jackson looked more relaxed in his second outing than he did in Canton last week. Jackson played eight drives, leading the Ravens to scores on four of them. While many have doubted Jackson’s ability to play quarterback at this level, Jackson seems to be quieting some of those critics with solid, but not terrific play.

Michael Gallup scored a touchdown for the Cowboys on Dak Prescott’s only series of the game. There is little doubt that with Ezekiel Elliott and the ‘Boys offensive line, the Cowboys will be a run-first team. However, it remains to be seen if the Cowboys can replace Dez Bryant to give their offense a semblance of verticality. Early signs from this preseason game show that Gallup may just be the guy to be able to do that.

Bills rookie Josh Allen showed some flashes of excellence on Thursday night, but they were just flashes. At this point, that is all Bills fans can really ask for being that Allen is a guy coming to the NFL out of the WAC conference where he saw very little defensive talent of this caliber. Allen does not need to be the guy right away, which is a good thing for Bills fans. Petermann and McCarron both were impressive as well, taking away the urgent need for Allen to be excellent right away.

No. 1 overall pick Baker Mayfield was impressive completing 11 of 20 passes for 212 yards and two touchdowns. He used his legs to get out of trouble when needed, but also looked comfortable in the pocket. Tyrod Taylor is the man in Cleveland for the time being, but Mayfield did nothing on Thursday to slow down his hype train. If Mayfield keeps up this kind of performance on the field and in practice, Taylor will have to be almost perfect before the cries for Mayfield are heard in Cleveland.

Former Penn State running back Saquon Barkley needed one carry in Thursday’s preseason opener against the Browns to give Giants fans hope that their running game may exist this year. After years of inserting unproven young players or journeyman veterans at the position, the Giants seem to have their guy. His 39 yard carry showed off Barkley’s great vision, speed, and elusiveness. His presence alone may add a few years to Eli Manning’s career, which looked dead in the water at times last season.

Join us on Telegram to get even more free tips!
« Update on Aaron Donald as Rams Begin Exhibition Play
Derrius Guice Out for Season »
SportingPedia covers the latest news and predictions in the sports industry. Here you can also find extensive guides for betting on Soccer, NFL, NBA, NHL, Tennis, Horses as well as reviews of the most trusted betting sites.
NFL Betting Tips, Predictions and Odds 332