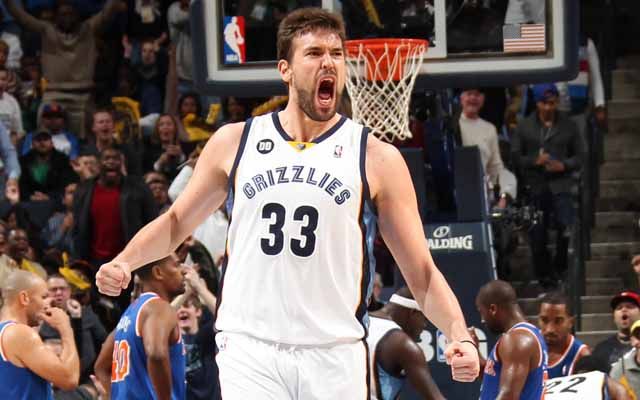 This offseason has been a very important one for the Memphis Grizzlies, as they try to get back to being a contender in the West. Their long playoff streak came to an end after a slew of early season injuries took their toll last year. Mike Conley played just twelve games, while Marc Gasol was constantly in and out of the lineup. Read below as we examine their offseason.

Things started well for the Grizzlies then they took former Michigan State big man Jaren Jackson Jr. A big man who can help them spread the floor and protect the rim, he will be a great fit with JB Bickerstaff’s team. They followed that move up by adding Omri Casspi, who began last season with the Warriors before being waived due to injury. He’s a knockdown three-point shooter and a solid perimeter defender.

In the second round, they point guard Jevon Carter out of West Virginia University, who they would eventually sign to a multi-year deal. He is a player that will definitely improve the point guard room.

Up next, they signed Kyle Anderson to a large 4-year deal to lure him away from the Spurs. He had a nice career over there and will help to improve the half-court offense. Anderson is arguably the slowest player in the league and can get to the basket with efficiency. He can knock down the three, and move the ball well. He can play at either forward spot, and can also be a nice mentor for Dillon Brooks.

They also traded Ben McLemore back to Sacramento and brought in Garrett Temple. Temple has grown a lot as a player over the past few years over there and is a guy who knocks down threes at a high-rate. He’s also a terrific defender who can chase just about any player around, and make life difficult. With a salary of $8 million this year, he will be competing for the starting shooting guard spot. They’ve also got Marshon Brooks, who returned to the NBA for the first time in four years last year, proving to be a reliable scoring option for them.

They finished things off by signing Shelvin Mack earlier this week, a point guard who can knock down the three-ball at a high rate. Mack had a lot of success in Utah a few years ago and in Orlando last year as a part-time starter. Mack provides them with a viable backup in case of a Mike Conley injury. This likely takes away from any role Kobi Simmons may have, but this was a move that was definitely a good one.

All things considered, this has been a very good offseason for the Grizzlies. Their stars have had time to heal, while they improved their supporting cast. They’ve got a lot of long and lengthy perimeter players, and guys who can knock down the three. Anderson brings a lot of playoff experience to the table.

Watch out for the Grizzlies as they look to climb back into the postseason.

Join us on Telegram to get even more free tips!
« Cleveland Cavaliers With Interesting Offseason
Jordan Clarkson Looking for Huge 2018 »
SportingPedia covers the latest news and predictions in the sports industry. Here you can also find extensive guides for betting on Soccer, NFL, NBA, NHL, Tennis, Horses as well as reviews of the most trusted betting sites.
NBA Betting Tips, Predictions and Odds 1379