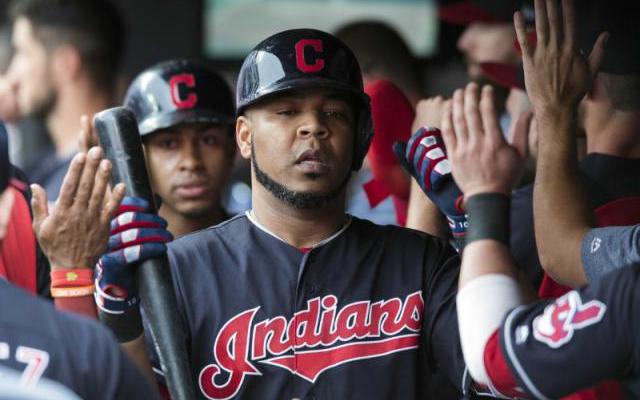 The first place Cleveland Indians saw a couple of their players go down to injury this weekend. Edwin Encarnacion was placed on the 10-day disabled list following the game on Saturday. During Saturday’s game, pitcher Trevor Bauer was struck in the ankle with a line drive and had to leave the game. A long absence by either or both of those players could derail what has been a very successful 2018 season for the Indians.

Edwin Encarnacion underwent an MRI on Saturday, and the test showed swelling in his left biceps. The Indians are placing the slugger on the 10-day disabled list and anticipate his return to the team at that time. Encarnacion had to leave Friday’s game against the White Sox in the fourth inning with the injury. The Indians lost to the White Sox, 1-0, on Friday night.

Encarnacion has been dealing with an injury to his right hand, after being hit by a pitch on July 15. The team is calling that injury a bone bruise after X-Rays determined that there was no structural damage inside the hand. Encarnacion has been swinging with his left arm more, which is likely the cause of his biceps injury.

Encarnacion has hit 25 homers and driven in 81 runs this season for the first place Indians. He has a batting average of .229 and is slugging .461 on the season. The Indians recalled infielder Yandy Diaz from Triple-A to take Encarnacion’s spot on the 25 man roster.

A bigger blow to the Indians would be if Trevor Bauer has to miss an extended period of time. Bauer has been one of the best pitchers in baseball this season, and is making a run at an American League Cy Young Award. He was cruising to another victory on Saturday night when he got a scare in the 7th inning. Bauer was struck in the ankle by a line drive hit by White Sox slugger Jose Abreu. The ball ricocheted off of Bauer’s ankle and went right to first baseman Yonder Alonso who recorded the out for the Indians.

Bauer was dominating the White Sox before being forced to leave the game. He had given up just two hits through six innings pitched, one of those hits being a solo homer by Yoan Moncada. Bauer earned the victory in the game to improve his record to 12-6 on the season with a sparkling 2.22 earned run average.

Bauer was taken to get precautionary X-Rays after being removed from the game. Manager Terry Francona expressed a belief that the ankle injury was nothing serious. Trainer James Quinlan diagnosed the injury as just a bruise, but the X-Ray should provide more clarity, and the Indians will provide an update on Sunday.

The Indians continue to lead the American League Central Division by a wide margin. With their win on Saturday night the Indians maintained their 11 game lead over the Minnesota Twins. Cleveland will wrap up their series against the White Sox on Sunday.

Join us on Telegram to get even more free tips!
« Dodgers, Brewers Both Losing Relievers To Injury
Barry Bonds Honored By Giants »
SportingPedia covers the latest news and predictions in the sports industry. Here you can also find extensive guides for betting on Soccer, NFL, NBA, NHL, Tennis, Horses as well as reviews of the most trusted betting sites.
MLB Betting Tips, Predictions and Odds 241