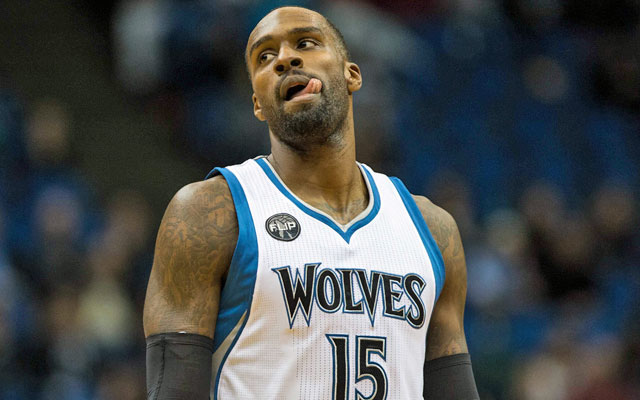 As free agency continues, we see players continually scooped up from the free agent market. Shabazz Muhammad signed with the Bucks yesterday, while Briante Weber is headed to Miami for a second tenure with the team. Read below as we highlight the careers of the two players.

First off, we have Briante Weber. Unfortunately, his NBA career has been filled with bad luck. He’s been on the wrong team at the wrong time, with minimal playing time available. After a standout career at Virginia Commonwealth, he has had rare chances to see legit playing time. He began his pro career with the Grizzlies, playing in six games, starting four of them. He averaged 5 points and 3 assists per game but was not renewed at the end of his 10-day contracts.

He would play one game for the Heat later that year, spend the next year between Golden State and Charlotte, and then play for both the Rockets and the Grizzlies again last season. Now, Weber is back in Miami, likely to compete for one of the team’s final roster spots. He’s been known for being a fantastic defender, and big in the steals category. He’s got great length and has a lot of versatility. He’s just been unlucky to be parts of teams that don’t have a dire need of a point guard to come in and play a ton of minutes. Weber’s signing should not ultimately decide Miami’s decision on Dwyane Wade.

After coming into the NCAA as a superstar, Shabazz Muhammad struggled in his days at UCLA. He had a pitiful rookie season for the TWolves before bouncing back and averaging 13.5 points per game in his second year. It was shortened thanks to injury, so he appeared in only 38 games. He would appear in all 82 games the following year, scoring around 11 points per game. He averaged 10 the following year, and his place in Minnesota seemed to be set. However, after the team failed to agree to a long-term deal with him, he settled for a small one-year deal.

Muhammad found himself on the outside of the rotation by the mid-point of the season, and would eventually be waived. He was picked up the Bucks, and averaged close to nine points per game in the 11 games he appeared in. He brought instant offense whenever he’d come in, as he did in one of the games in the Celtics series. Now, after signing a 1-year deal yesterday, Shabazz is returning to Milwaukee.

He won’t have a huge role next year, even with Jabari Parker now in Chicago. They added Ersan Ilyasova and Pat Connaughton in the offseason, guys who will take a lot of bench minutes at shooting guard and power forward. He could compete with Tony Snell for some minutes at the small forward spot if he is able to continue with his offensive ability, though.

Expect Muhammad to get some small forward minutes, or come in when the team needs a quick punch.

Join us on Telegram to get even more free tips!
« National Basketball Association Releases 2018
Lonzo Ball Set to Explode in Sophomore Season in NBA »
SportingPedia covers the latest news and predictions in the sports industry. Here you can also find extensive guides for betting on Soccer, NFL, NBA, NHL, Tennis, Horses as well as reviews of the most trusted betting sites.
NBA Betting Tips, Predictions and Odds 1369