A Pair of AL Pitchers Injured 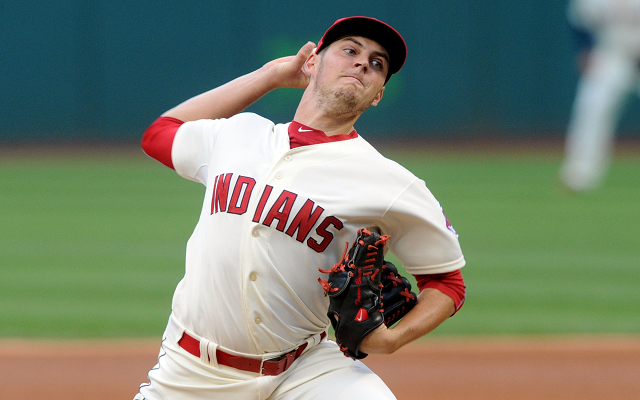 A pair of veteran starting pitchers are headed to the disabled list in the American League. The Cleveland Indians will be without Trevor Bauer, while the New York Yankees are losing CC Sabathia to injury. Both the Indians and Yankees should be able to survive these injuries, as both teams are secure in their playoff spots in the American League.

The Cleveland Indians announced Tuesday that they are placing right hander Trevor Bauer on the 10-day disabled list. Bauer has a small stress fracture in his right fibula, but the injury does not appear to be serious. There is no timetable for return, but the Indians are in a spot where they don’t need to rush the impressive starter back.

Bauer was drilled with a line drive on Saturday night in a start against the Chicago White Sox. He was cruising to another victory when he was forced to exit the game. Bauer got precautionary X-Rays after the game and initial reports were that he would be able to make his next start on Friday against the Baltimore Orioles.

The New York Yankees are placing CC Sabathia on the 10-day disabled list with what they are calling right knee inflammation. The move comes as more of a precaution as Sabathia felt that he could pitch through the discomfort. Sabathia tried pitching through the same type of pain last season, and it ended up costing him a long stint on the DL.

Sabathia suffers through arthritis in the right knee, and the Yankees felt it was best to give the 38-year-old a rest in an attempt to keep him healthy for the 2018 playoffs. The Yankees and Sabathia got a scare in his last start on Sunday when he fell to the ground trying to field a comebacker. Sabathia landed awkwardly, but stayed in the game and gave up just one hit in his six innings of work.

This is Sabathia’s 18th season in the Major Leagues, and he is still pitching very well for the Yankees. He has made 22 starts for New York this year, posting a 7-4 record with a 3.32 earned run average. He has given up just five hits and one earned run in his last 11 ⅔ innings pitched.

The New York Yankees are also playing without outfielder Aaron Judge and Gary Sanchez. The Yankees hold a 3.5 game lead for the top Wild Card spot in the American League.

Join us on Telegram to get even more free tips!
« Robinson Cano Returns For Mariners
Benches Clear In Atlanta »
SportingPedia covers the latest news and predictions in the sports industry. Here you can also find extensive guides for betting on Soccer, NFL, NBA, NHL, Tennis, Horses as well as reviews of the most trusted betting sites.
MLB Betting Tips, Predictions and Odds 241