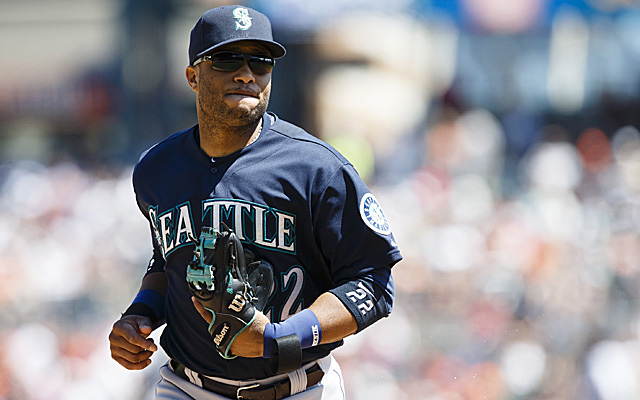 Veteran second baseman Robinson Cano is set to return to the Mariners lineup on Tuesday night. Cano will be reinstated after serving an 80 game suspension for violation of Major League Baseball’s joint drug agreement. Cano’s return comes at a time when the Seattle Mariners are in a tight battle for a playoff spot in the American League.

Robinson Cano has not appeared in a game for the Mariners since May 13. Cano was placed on the disabled list with a broken wrist after being hit by a pitch. Major League Baseball announced that Cano was being suspended two days later, on May 15. Cano tested positive for Furosemide, which is a diuretic used to mask banned substances in tests.

The 35-year old is batting second tonight for the Mariners, but he will not be playing second base. Cano will be starting first baseman for Seattle in a game against the Oakland Athletics. The Mariners have been working with Cano at both first and third base during a brief rehab stint. Cano has played every inning except one at second base in his professional career.

Part of the reason for Cano’s move to first base has been the emergence of Dee Gordon at second base. Gordon has been filling in for Cano in his absence and is hitting a solid .278 with 22 runs batted in. Mariners manager Scott Servais will also use Gordon in centerfield at times during the remainder of the season.

Cano appeared in just 39 games for the Mariners this season before getting injured and beginning his suspension. He got off to a slow start to the 2018 season, hitting .287 with just 4 home runs and 23 runs batted in. Cano has made the All-Star team eight times during his 13 year career.

The Mariners had Cano play in five Minor-League games to prepare him for a return to the Major Leagues. Cano appeared in games for Triple-A Tacoma and Class A Short-Season Everett. Cano played just one game at second base during the rehab stint and could fill in for Kyle Seager at third base upon his return to the Mariners.

Manager Scott Servais is faced with the difficult task of trying to break Cano back into the Mariners lineup in the middle of a playoff race. Cano’s return will likely cost utility man Andrew Romine playing time, but the Mariners will need Romine if they are able to reach the playoffs. Cano will be ineligible for the 2018 playoffs based on the rules that come along with a PED related suspension.

The Mariners hope that Cano’s power can help them overtake the Oakland Athletics for the final Wild Card spot in the American League. Cano has belted 305 home runs and driven in 1206 runs during his accomplished career. The Mariners entered Monday just 1.5 games behind the A’s, but their loss on Monday pushed them to 2.5 games back. Cano will try to lead the Mariners to a win over Oakland on Tuesday night.

Join us on Telegram to get even more free tips!
« Leonys Martin Dealing With Bacterial Infection
A Pair of AL Pitchers Injured »
SportingPedia covers the latest news and predictions in the sports industry. Here you can also find extensive guides for betting on Soccer, NFL, NBA, NHL, Tennis, Horses as well as reviews of the most trusted betting sites.
MLB Betting Tips, Predictions and Odds 241